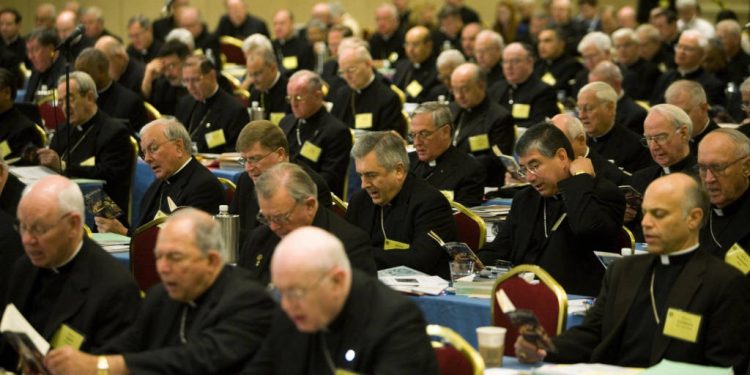 By Megan K. McCabe and B. Kevin Brown

On December 7, 2018, Jesuits West released the names of its members, past and present, who have been credibly accused of sexually abusing minors and vulnerable adults. Soon after, the remaining Jesuit provinces in the United States released their own lists, most recently with the Northeast Province on January 15, 2019. While various dioceses have previously released lists after earlier exposures of the reality of sexual abuse in the Catholic church, others are now following suit. These lists are a critical move toward greater transparency. However, it is our contention that there are some unintended negative consequences with these lists. Moreover, the lists suggest that that the bishops and provincials releasing them continue to fail to understand the root cause of the crisis the church now faces.

First, the lists that have been released are limited to abusers of “minors and vulnerable adults.” This identification means that it names those who have abused children or teenagers under 18 years old or adults with disabilities, with several key groups of potentially abused people left unmentioned. If only those who have abused minors and vulnerable adults are named, then any abusers of young adults, specifically college students, are unnamed. This omission is particularly worrying in light of the lists released by the Jesuit provinces because of the twenty-eight Jesuit colleges and universities in the U.S. As these lists and subsequent investigation have made clear, known abusers have been placed in communities on college campuses, such as in Murray-Weigel Hall at Fordham University and Bea House at Gonzaga University. This may include abusers of university students who were placed in these communities but who went unnamed because they did not abuse somebody under the age of 18. Also unmentioned are potential abusers of women, another problem now being increasingly exposed. Think specifically of cases of women religious in India who have been raped by priests and bishops or the recent acknowledgment made by Pope Francis that women religious have been abused by clergy. Finally, such lists do not include those whose abuse is predicated on power differentials within the institutional church. For example, abusers like Theodore McCarrick, whose abuse of minors came to light only after his abuse of seminarians and other adults was revealed, or Bishop Michael Bransfield, who has been accused of sexually harassing and abusing adults, would have been left off lists limited to those accused of abusing minors and vulnerable adults.

The unintended consequence is that the very move of attempted transparency participates in re-veiling the reality of sexual abuse in the church. What remains undisclosed, potentially with those in power protecting themselves, at the very moment these lists are being celebrated? Surely, it is critical to make key distinctions between the abuse of children and the abuse of adults and young adults. But even here there is a danger to be careful to avoid: participating in victim-blaming discourses and perpetuating rape myths that adults and young adults may somehow have been “asking for it.”

Second, beyond the limitations of the lists that result from distinctions that are drawn between types of sexual abuse, dioceses and religious orders seem to construe the lists as narrowly as possible. This is illustrated by the case of John P. Lenihan. Lenihan was ordained as a priest of the Archdiocese of Los Angeles in 1969. In 1976, when the Diocese of Orange was established, he was excardinated from the jurisdiction of the Los Angeles archdiocese and incardinated into Orange. Lenihan is known to have assaulted at least two teenaged girls in the 1970s and 1980s. Later, he engaged in sexually abusive and exploitative relationships with adult women. The first instance of reported abuse lasted four years, beginning in 1977, one year after the Diocese of Orange was created out of the Archdiocese of Los Angeles. The creation of the diocese was so recent that, when the stepfather of the first of Lenihan’s victims reported the abuse to church leaders in 1978, he sent his letter to the cardinal archbishop of Los Angeles, rather than the bishop of Orange. The cardinal’s priest-secretary, in turn, forwarded the letter to the chancellor of the Diocese of Orange.[1] The Diocese of Orange would later pay over $1 million to the two women who were assaulted by Lenihan while they were girls. The Archdiocese of Los Angeles also paid $200,000 as part of a $1.2 million settlement with the second of these victim-survivors, apparently acknowledging some corporate responsibility for Lenihan.[2] Yet, when the archdiocese released its list in 2004 and updated it in 2005, 2008, and 2018, Lenihan was consistently left off of the list. Other priests who were excardinated from Los Angeles and incardinated into Orange are included on the archdiocese’s list. The difference seems to be that there are allegations made against those priests stemming from prior to 1976 (and oftentimes continuing well after 1976), regardless of when the abuse was first reported. Conversely, the known allegations against Lenihan stem from after 1976 (barely).

Such omissions not only risk undercutting the progress made in the area of transparency, they also point to a tendency on the part of bishops and religious superiors to view the sexual abuse crisis primarily as a matter of individual sins committed by individual priests at particular times. This is further suggested by the fact that many lists include the dates of incidents of abuse—an important step in the direction of greater transparency. Yet, very rarely do they include the names of diocesan and/or provincial leaders who knowingly reassigned abusers to new ministerial assignments. What the lists overlook is the structural, ecclesiological dimension of the abuse crisis: the repeated exercise of one’s pastoral office to protect the reputation clergy at the expense of the well-being of the rest of the baptized.

Misunderstanding the Root of the Problem

Together, these two tendencies to circumscribe the scope of lists of known abusers—first by limiting who constitutes a true victim-survivor of clergy sexual abuse and second by omitting abusers based on the dates of known abuse—points to a failure to see the sexual abuse crisis as an ecclesiological problem. At stake, certainly, is the need to stand with victim-survivors and to protect potential future victims. But, also at stake is the need to address the failure of bishops, provincials, and other diocesan and provincial officials to exercise their pastoral office in a way that is authentic to the Gospel witness. These lists are an important step in the direction of transparency. However, as long as distinctions of both how and when individual ministers abused their pastoral office are used to limit the scope of the lists, they will fail to address the abuse of the church’s pastoral office that sits at the root of the cover-up of clergy sexual abuse. It is this abuse—found in the ecclesial cover-up of sexual abuse—that continues to put the well-being of the People of God at grave risk. Moreover, failing to address the myriad ways, in type and time, that particular individuals and communities are victimized—such as religious women, specifically, and all women, more generally—perpetuates cycles of androcentrism and patriarchal exercises of authority in the church.

Certainly, the church and world have been scandalized by the acts of sexual abuse by the very small percentage of priests and bishops who are guilty of rape, sexual abuse, and/or sexual harassment. But more shocking is the near universal cover-up of these crimes by those who have been entrusted with a ministry of oversight within the Body of Christ. Until church leadership recognizes that the root cause of the crisis the church now faces is not the individual acts of the accused—which can be classified in a number of ways to manipulate statistics—but rather a wider clerical culture that permitted the systemic cover-up of clergy sexual abuse, it will not be able to authentically stand with victims or claim that the church is a safe environment.

Megan K. McCabe, Ph.D., earned her doctorate in theological ethics from Boston College in 2017 and is an assistant professor of religious studies at Gonzaga University. Her research and teaching respond to questions of human responsibility for suffering and the correlative duties to work for social transformation, centering on issues of gender and sexual violence.

B. Kevin Brown, Ph.D., earned his doctorate in systematic theology from Boston College in 2018 and is an adjunct instructor of religious studies at Gonzaga University. His research focuses on questions in ecclesiology raised by marginal and non-dominative voices, particularly questions raised in light the clergy sexual abuse crisis and the church’s participation in patriarchy and white racist supremacy.