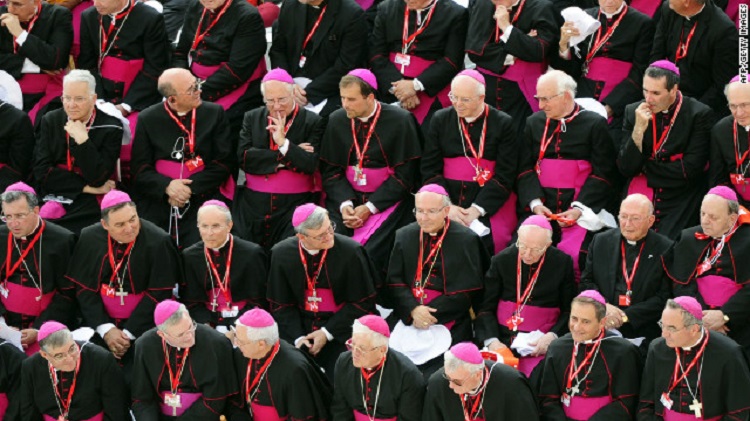 By B. Kevin Brown 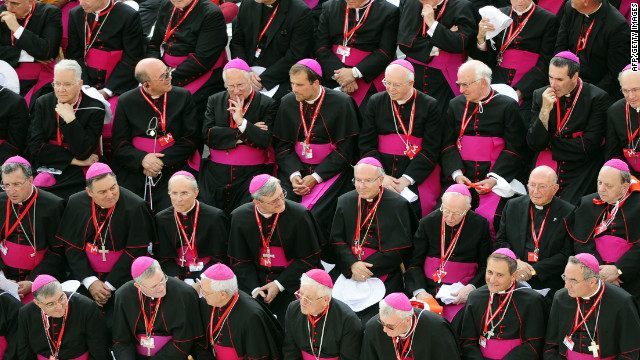 Since the Pennsylvania Grand Jury report on clergy sexual abuse was released, several news articles, commentaries, blogs, and Pope Francis’ Letter to the People of God all have helpfully pointed to clericalism as a root of the coverup of clergy sexual abuse. In this essay, I examine the ideological and structural dimensions of clericalism, its manifestation in the life of the church, its relationship to the category of sin, and how identifying clericalism as a social sin can help the church better identify the needed reforms.

Naming Clericalism
Clericalism is not the inevitable consequence of the existence of a clergy. George Wilson notes that, sociologically, the word clergy refers to any group within a community that performs a particular function at the service of the rest of the community—the laity.[1]  Clericalism emerges through the perpetuation of a bias. M. Shawn Copeland writes that bias refers to “the more or less conscious and deliberate choice, in light of what we perceive as a potential threat to our well-being, to exclude further information or data from consideration in our understanding, judgment, discernment, decision, and action.”[2]

The patterns of behavior perpetrated by bishops in the coverup of the sexual assault of children and other vulnerable persons by priests and, in some cases, other bishops suggest that the church is marked by clericalism. These include failing to report offending priests to law enforcement, allowing perpetrators to be in close contact with children after only brief periods of so-called treatment that were repeatedly shown to be ineffective, and refusing to notify parishioners that priests assigned to their community had been accused of sexual abuse. Internal memos reveal that bishops acted out of a fear that revealing the abuse committed by priests would result in a loss of reputation, the loss of their own pastoral office, or damage to the church’s image.

These ways of acting indicate that the clericalism affecting the Catholic Church involves a bias maintaining that the clergy of the ministerial priesthood (those ordained to the offices of priest-presbyter and bishop) holds a superior role in relation to the laity in the life of church. Bishops and their advisors refused to see how their actions affected the rest of the community. By seeking to protect their own personal status and the reputation of the clergy, they prioritized the rights and dignity of the ordained over those of the non-ordained and unveiled a belief that the clergy hold a more dominant and vital role in the church than the non-ordained.

The Development of Clericalism
Clericalism, as both an ideology (or bias) and structural reality, stands in contrast to the Gospel. The New Testament testifies to the church’s call to live as a priestly people through its life as the risen Body of Christ, acting in persona Christi in history. Cooperating with the indwelling Spirit, the whole church is called to take up the priestly work of Jesus of Nazareth by mediating God’s love in the world. It is called to liberate creation from structures of domination and embody a community of ordered friendship—a relationship of fundamental equality. This does not deny the necessity of offices and ministries of leadership; rather, it demands that they not be exercised in a dominative fashion

Yet, despite this summons, the church can be called the world’s largest embodiment of a clericalist, domination-subordination paradigm.[3]  As the church grew and institutionalized in the second century, a clergy of ministers quickly developed in each local church (though not uniformly). By the third century, in many local churches, those community members ordained to the episcopate, presbyterate, and diaconate were considered the clergy. In the West, this was soon limited to those who presided at the community’s Eucharistic liturgy as members of the ministerial priesthood (presbyters and bishops). But early references to the clergy and laity did not necessarily designate a difference in rank or status. Rather, the individuals holding these offices were understood to be empowered by the Spirit-filled community to serve and lead the church from within its communion of love through their charismatic gifts. Crucially, the church has always carried something of this egalitarian vision of church order in its tradition, albeit often silently. The Second Vatican Council, for example, affirms that while some members of the church serve the church through the ministerial priesthood and many do not, “all the faithful enjoy a true equality with regard to the dignity and the activity which they share in the building up of the body of Christ” (LG 32).[4]

However, beginning in the fourth century, several ecclesial practices were distorted in such a way that a clericalist bias began to infiltrate the church’s tradition. Presbyters (now called priests) and bishops alone were seen as the priests of the community. Christ was understood to be mediated in the community almost exclusively through their liturgical presidency at the Eucharist and as they acted in persona Christ to lead the community as its head. No longer was clergy’s ministry understood to be priestly because it emerged from and served God’s people by coordinating and presiding over their communal priestly activity. Rather, the church was understood to be priestly because of the ministry of priests and bishops.

Later, a theology of ordained ministry that developed early in Christianity’s second millennium suggested that the ontological substance of an individual is transformed through ordination, enabling that person to act in persona Christi and ‘confect’ the Eucharist. This theology, which continues to shape the church’s official teaching on ordained ministry provides a theological grounding for the clericalist understanding of the relationship between the church’s ordained ministers and the rest of the community in at least two ways. First, by emphasizing the power of the ordained to confect the Eucharist, it suggests that the non-ordained members of the community participate in the Eucharist only through the power and activity of the ordained. Second, since it intimates that the clergy are somehow more able to act in persona Christi, it suggests that power and responsibility for the life of the community should be concentrated in them so they can rule over the laity.

Clericalism and Sin
I am convinced that the church can work to resist its clericalist tendencies and struggle toward ecclesial reform. But, first, it must name clericalism for what it is: Clericalism is a sin. More specifically, it is a social sin that gives rise to sinful social structures within the church.

Black and Latin American liberation theologians have illustrated that Christians cannot limit our indictment of sinfulness to human beings. Rather, oppressive social structures and the ideologies or biases upon which they are built must also be considered sinful. Certainly, individual persons sin by participating in these institutions or adhering to these beliefs; and they are responsible for building the oppressive systems in the first place. But, it is impossible to participate in them without sharing in the corporate sin of the community unless one actively resists their dominative script.

Conversion from Clericalism and Church Reform
Identifying clericalism as a social sin helps all of us who love the church see that conversion or reform is necessary at three levels. First, as with any sin, conversion away from social sins like clericalism requires personal repentance. As Pope Francis notes in letter, the entire church is called to conversion and repentance because all of us are complicit in some way in clericalism. But, somewhat contrary to the pope’s suggestion, theologies of social sin outlined above help us see that we are not all equally complicit. Those who are denied access to power in a system of domination are often times denied the opportunity by those in power to bring about any meaningful change. Thus, as Jesus illustrates in his prophetic ministry, the oppressors and the oppressed are both called to different types of conversion by Jesus’ invitation to communion. The oppressors are called to leave all they have behind—to divest themselves of the privilege they gained through their participation in an unjust system. The oppressed are called to live in a way that defined by the systems that denied their humanity and identity as children of God. Resisting clericalism demands that the clergy refuse to exercise their ministry according to the clericalist bias and the laity refuse to be denied the right to exercise their baptismal responsibility to participate in the life of the church as a co-equal disciple of Jesus.

Second, theologies of social sin illustrate that social structures and institutions must be transformed if personal conversion is going to have any affect. Unless the clerical structures of leadership and ministry that allowed for the coverup and perpetuation of abuse to take place are uprooted, clericalism will continue to mar the church.

Finally, theologies of social sin maintain that structural transformation is possible only if the underlying biases and sinful ideologies—that is, beliefs that run counter to the testimony of the Gospel—are challenged and deconstructed. In the case of clericalism, so long as members of the ministerial priesthood are seen as ontologically distinct from and/or superior to the rest of the church, a vision of the church wherein all the faithful might claim their baptismal co-responsibility has no chance of taking root.

In her interpretation of Johannine Last Supper account, Sandra Schneiders argues that, by washing his disciples’ feet and telling his disciples, “I do not call you servants any longer…I have called you friends” (Jn 15:15), Jesus abolishes any inequality between him and his disciples. Authentic friendship cannot exist in a relationship of inequality, let alone domination. Thus, she maintains that Jesus, Sophia Incarnate, “is subverting in principle all structures of domination[.]… [W]hat definitively distinguishes the community that Jesus calls into existence from the power structures so universal in human society is the love of friendship expressing itself in joyful mutual service for which rank is irrelevant.  By the footwashing, Jesus has transcended and transformed the only ontologically based inequality among human beings, that between himself and us.”[5]

B. Kevin Brown is a Ph.D. candidate in systematic theology at Boston College and adjunct instructor of religious studies at Gonzaga University. He will defend his dissertation on Sandra Schneiders’ contribution to the development of a theology of the church’s prophetic nature in November.

[1] George B. Wilson, Clericalism: The Death of Priesthood (Collegeville, MN: The Liturgical Press, 2008).