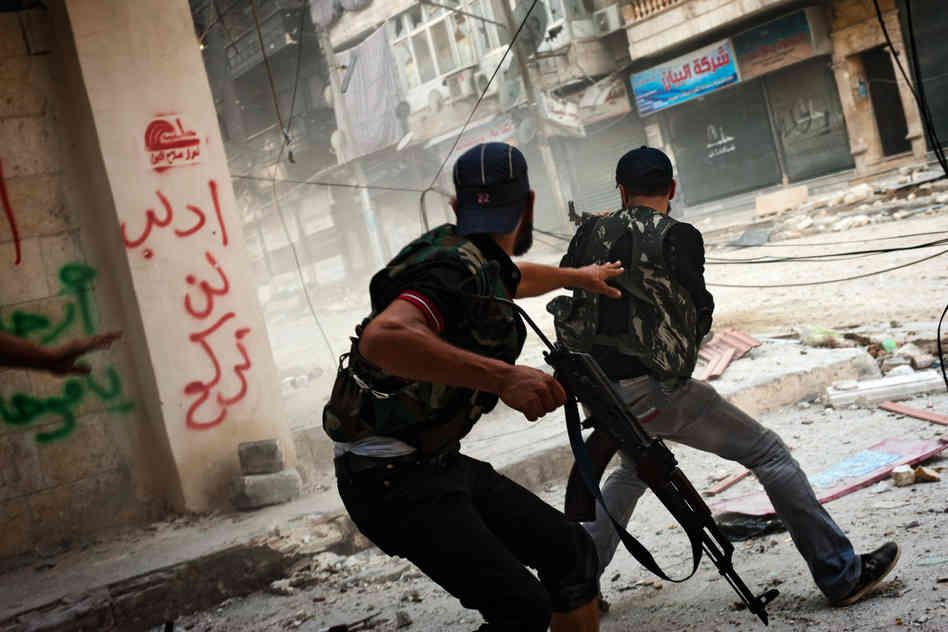 The ongoing situation in Syria is horrible. Many Catholic thinkers have weighed in on whether the US should get involved in the situation (a very good summary of this discussion so far can be found here). To do so, they have invoked (or at least referred to) the criteria of the just war tradition. However, they have often done so selectively, emphasizing one or two criteria at the expense of the others. The clearest example of this is that there is a just cause in Syria: protection of the innocent who are being exterminated by the Assad regime. For many, the fact of this situation alone overrides any further moral analysis of the situation.

However, as Robert Christian has stated, we need “serious moral thinking” about this matter. In order to do so, it might help to return to the just war framework for thinking about going to war. Traditionally, there are roughly six criteria to consider in deciding about whether to go to war (jus ad bellum):

Beyond this, we must be responsible in our use of reason, in obtaining the best possible information, and weighing the evidence. From there we may arrive at prudential judgments about what to do. These prudential judgments might lead us to different stances on how this moral framework applies in a given situation (like Syria), but it is important that we work with the framework seriously and honestly.

That, in fact, is what makes Yoder’s question, cited by Tobias Winright, so demanding:

Robert Christian in fact dismisses many of these articles and posts as “just war pacifism” that does not seriously apply these criteria. He claims that (a) most of those opposing intervention want dialogue, prayer, or negotiations to lead to a settlement, which he considers ridiculous, and (b) they are not really investigating the criterion of proportionality, even now that the regime has used chemical weapons. He states that those who want to be more than prophetic and offer “actual policy proposals” need to be responsible. Yet he offers none of his own, getting most specific with “chang[ing] the military dynamics on the ground.” It seems that if Christian wants to counsel intervention in Syria while simultaneously rejecting a “no” response from just war thinking, he might suggest what such intervention will look like, what goals we are hoping to achieve in that (i.e., what changes to the military dynamics are we looking for? Removing Assad from power? Changing the political and military structure of the country? Arming moderate rebels against both the regime and Al Qaeda affiliated groups?), and what probability we have of reaching them.

Second, Christian is dismissive of those who cite “unintended consequences” as a reason for inaction while ignoring the very real consequences of inaction. He is right to mention the criterion of proportionality in this context, and he claims that the harm enabled by inaction will be greater than the harm produced by intervention. However, in suggesting that just war thinkers are ignoring this, I think he is being disingenuous towards these other figures. Christian makes no reference to the nearly two million Syrian refugees already displaced by war, to the types of harm inflicted by whatever mode of intervention the US might choose, or to the probability that these interventions might improve the situation. The proportionality criterion in this case presumes that our intervention will be successful in preventing greater harm, but nowhere do I see Christian suggesting how it might do so. As much as he dismisses others for not sufficiently considering the consequences of inaction, he nowhere seems to consider the consequences of military intervention. While I appreciate his call for serious moral argument about Syria, I’m not convinced that his post had modeled this.

Similarly, in a column at NCR, Michael Sean Winters challenges those opposing intervention in Syria to examine the myths they are assuming and perpetuating. While Winters offers many important responses to myths, he also perpetuates some of his own. Most problematic is his selective interpretation of Responsibility to Protect (R2P). Winters lambasts this NCR editorial because it ignores R2P and its argument in favor of intervention for human protection purposes, which clearly applies to the situation in Syria. However, this only satisfies the just cause criterion under R2P. Elsewhere, Winters outright rejects the role of “the international community” in calling for such intervention, despite the fact that the international community (understood primarily as the UN Security Council) is what R2P considers to be legitimate authority. While it allows for other multilateral or regional bodies to be considered legitimate authority in the face of UN inaction, it outright rejects unilateral intervention as illegitimate.

Moreover, R2P counsels three levels of responsibility: prevent, react, and rebuild. Obviously, the international community has failed abundantly at prevention, but there is still time to react to stop further horrors. However, are we committing to rebuild also? If the US intervenes unilaterally, will that mean sticking around for the years, and possibly decades, it takes to achieve a stable peace in the country? Does Winters think that the US should commit the personnel, materiel, and money to rebuild a post-civil war Syria? Does he think it will?

Many arguments for intervention rest on the statement that “we must do something,” and they are right. The 100,000 dead in Syria shock the conscience of mankind. However, many of those advocating that we “do something” fail to articulate what that something is, what outcome that something will achieve, and what chances we have of achieving that outcome. The claim that “we must do something” is a fine rejoinder to those who counsel inaction, but it is itself an irresponsible moral demand if it ignores other just war criteria.

Before we can really have a serious moral conversation about Syria, we have to make clear what the strategic, political, and military goals of an intervention would be. It is the only way we can say something constructive about last resort, probability of success, and even proportionality. Only then can we assess such intervention on all the criteria of just war thinking, not merely just cause or legitimate authority.