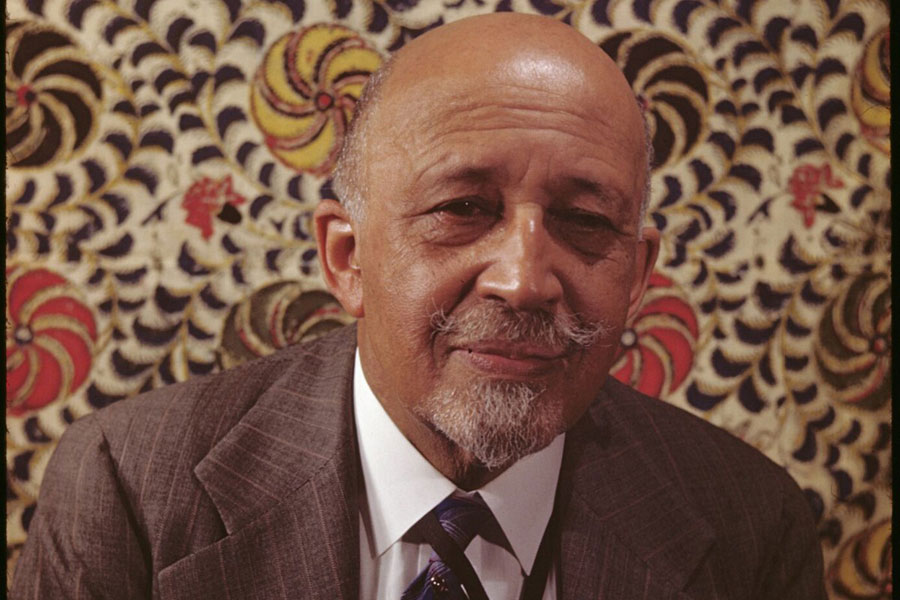 Racial injustice originates with the godlike power of whiteness to possess the earth exclusively, which means racial justice entails the abolition and redistribution of its world-encompassing power—in short, the collective ownership of the earth forever and ever, Amen.

Popular understandings of the idea of “race” today presume it to be a natural category, little more than a neutral descriptor of human difference that is wrongly utilized for harm. The reality, however, is that race and the world it arranges have a history, which is to say they have not always been with us, and are with us now by design. So how did we arrive at a world so thoroughly pervaded by “racial injustice”? The story is both a political and theological one, and it arguably begins with what historian Theodore Allen calls the “invention of whiteness.”[2] Despite being the source of racial categorization and injustice historically, whiteness is often overlooked in discussions about race. Indeed, the invisibility of its history and ongoing role in shaping our world is precisely what allows whiteness to maintain its power. Naturalized beyond recognition, whiteness, George Lipsitz writes, is both “everywhere” and “very hard to see.” As “the unmarked category against which difference is constructed, whiteness never has to speak its name, never has to acknowledge its role as an organizing principle in social and cultural relations.”[3]

Before the seventeenth century, the idea of “race” referred not to differences in physicality or phenotype but to things like language, lineage, culture, and tradition.[4] By the late seventeenth century, facing the challenge of a dwindling labor pool and plantation-economy-threatening solidarity between laborers of European and African descent, planter capitalists in colonial America turned to differences in physicality and phenotype—tethering them to fabricated distinctions in disposition and morality—as a means of fracturing working class and underclass solidarities and justifying lifelong African enslavement.[5] Constructed in contrast to devalued blackness, whiteness thereby emerged as a supremely valued, exclusive identity position that performed work beyond mere categorization. As David Roediger writes, the introduction of white supremacy was the introduction of “a new social order.”[6] For this reason, whiteness—and race more generally—cannot be adequately understood by reference to phenotype or pigmentation alone, in isolation from the maintenance of capitalist political economy and the anthropological differentiations it requires. Racism, by extension, refers not just to individual prejudice but a system that disproportionately distributes power and resources according to the “racial” distinctions of white supremacy.

The Theological Scope of Whiteness

The power of whiteness emerges through the confluence of social, political, and economic forces. But whiteness is more than a byproduct of raw material forces alone: in both its origins and its ongoing maintenance, whiteness is a phenomenon as theological as it is political. Besides being one of the first to discern the fundamental connections between racism and the political economy of global and plantation capitalism,[7] early twentieth century black freedom fighter and scholar W. E. B. Du Bois was also one of the first to discern the way such interconnections demonstrate the theological scope of whiteness’s power. In his 1920 essay “The Souls of White Folk,” Du Bois subtly but powerfully traces the world-shaping religiosity of a whiteness that produces and depends upon black subjugation and dispossession:

…the world in a sudden, emotional conversion has discovered that it is white and by that token, wonderful! This assumption that of all the hues of God whiteness alone is inherently and obviously better than brownness or tan leads to curious acts; even the sweeter souls of the dominant world as they discourse with me on weather, weal, and woe are continually playing above their actual words an obligato of tune and tone, saying: “My poor, un-white thing! Weep not nor rage. I know, too well, that the curse of God lies heavy on you. Why? That is not for me to say, but be brave! Do your work in your lowly sphere, praying the good Lord that into heaven above, where all is love, you may, one day, be born—white!” I do not laugh. I am quite straight-faced as I ask soberly: “But what on earth is whiteness that one should so desire it?” Then always, somehow, some way, silently but clearly, I am given to understand that whiteness is the ownership of the earth forever and ever, Amen![8]

The “Amen!” in Du Bois’s description of whiteness is far from a mere rhetorical flourish. On the contrary, punctuating “the ownership of the earth forever and ever” with “Amen!” clarifies that time-and-space-transcending possession of the earth constitutes a power of godlike proportions. That Du Bois is not exaggerating is made evident by, among other things, the fact that as late as the early eighteenth century, the term “white” and “Christian” were more or less interchangeable in the colonial state of Virginia and most American colonies.[9] As Dwight Hopkins shows, when white Christian slave owners suggested that enslaved Africans were naturally ordered for subjection and labor in the service of white wealth and power, they did so as an expression of their Christian faith, not in spite of it. In so doing, he argues, white Christian slave owners “acted like God.”[10] Or, as James Cone put it in 1970, whiteness is “the desire…to play God in the realm of human affairs,” which makes it a “sin,” “satanic,” a “denial of the very essence of divinity,” and, as such, “the source of human misery in the world.”[11]

Willie Jennings likewise elaborates on Du Bois’s insights by showing how the native-displacing colonial ventures of European Christians “mirrored the identity and action of God in creating” by quite concretely recreating the world according to the “boundary-less” supremacy of whiteness.[12] Much as for Jennings, so for J. Kameron Carter, Christian theological reasoning provides the “inner architecture of modern racial reasoning,”[13] the consequence of which is that whiteness has “[come] to function as a substitute for the Christian doctrine of creation, thus producing a reality into which all else must enter.”[14] As such, Carter argues, whiteness should be understood as the power to “re-create” the world “in the image of white dominance, where ‘white’ signifies not merely pigmentation but a regime of political and economic power for arranging…the world.”[15]

Whiteness, Du Bois and those who follow him help us see, is more than a neutral descriptor of human difference; it is a social, political, and economic strategy for exclusively owning and ordering the world. For these reasons, whiteness is also a theological phenomenon that mimics and approximates aspects of divine power: “the ownership of the earth forever and ever, Amen!” Whiteness, then, is not merely a god that people worship, but the means by which those who possess it get to be as powerful as gods. It is the aspiration to a power that transcends human finitude, that governs the world from a security beyond the world’s vulnerabilities. The transcendent power of whiteness does not merely avoid worldly precarity; it transcends the precarity of finitude by trapping others within it.[16] Whiteness escapes the world by way of the bent backs of black people and other people of color.

Collective Ownership and the Spirit of Racial Justice

Critical race theorist Cheryl Harris argues that whiteness and absolute claims to private property share both a common history—they emerge at the same time and in relation to one another—and “a common premise—a conceptual nucleus—of a right to exclude.”[17] Du Bois’s definition of whiteness likewise shows such an attunement to the fundamental connection between racism and the forms of ownership inherent in capitalism. As a prolific scholar not just of the “color-line” but the exploitative political economy with which it was fused, Du Bois was a critic of capitalism as early as the first decade of the twentieth century. In 1907, he wrote on “The Negro and Socialism,” and by 1911, Du Bois was himself a member of the Socialist Party of the U.S.[18] Throughout the first three decades of the twentieth century, he wrote essays, periodicals, and longer manuscripts on principles of economic democracy and black cooperative economic practices.[19] As a historian, Du Bois discerned the continuity between the strategic cooperation required for “the spirit of revolt” that fueled insurrection among enslaved Africans and the “various co-operative efforts toward economic emancipation and land buying” that followed liberation from slavery.[20] Du Bois also participated in the actual founding and maintenance of cooperative enterprises throughout the course of his life.[21]

If whiteness is a manifestation of exclusive possession—“ownership of the earth forever and ever, Amen!”—then racial justice entails collectivizing ownership in race-conscious ways as a means of reparation and redistribution of resources needed for life. As Du Bois and others before, with, and after him intuited, economic democracy in the form of cooperative ownership and business is a way to shift the balance of resources and power toward greater self-determination for people of color in a nation that does not distribute wealth with any kind of racial equity.[22] Struggling for racial justice, then, includes working to abolish—or, more precisely, to collapse and redistribute—the exclusive power that is whiteness. If whiteness is exclusive ownership of the earth, then its abolition means collective ownership of the earth forever and ever, Amen!

Just as with Du Bois’s definition of whiteness, so this rendering of its abolition and transformation implies a theological dimension, which is to say that its “Amen!” is not incidental. If the source of racial injustice is as theological as it is political, then so will be the means of racial justice-making. From the first Christian communities (Acts 4:32-35) to the fourth century church fathers who preached the common-ness of God’s creation,[23] from medieval monasticism[24] to the early modern “Diggers” who enacted communal possession of God’s “common treasury,”[25] and from the Catholic Worker movement to black religious and mutual aid communities of the nineteenth and twentieth centuries that forged cooperative economies as a way to survive white supremacy,[26] there is a long and steady radical Christian tradition of theologizing and practicing collective possession of the created order.

What such creative experiments show us is that the idolatrous power of whiteness is not as infinite as it might seem. Experiments in economic democracy continue to this day, and they continue to provide a crucial means of breaking that power that consists in exclusive “ownership of the earth forever and ever” and replacing it with more collectively beneficial modes of relating to one another and to the world in which we live. Recent and current examples of such forms of race-conscious economic democracy include the work of Ed Whitfield and the Southern Reparations Loan Fund, the New Economy Coalition, and Cooperation Jackson, among many others.

Andrew Krinks is a Ph.D. candidate in Theological Studies in Vanderbilt University’s Graduate Department of Religion where he is writing a dissertation that explores how Christian theological concepts both contribute to and provide resources for critique of whiteness, private property, and the criminalization of black and economically dispossessed communities.

[6] David R. Roediger, How Race Survived US History: From Settlement and Slavery to the Obama Phenomenon (London and New York: Verso, 2010), 22.

[24] Nathan Schneider, “Can Monasteries Be a Model for Reclaiming Tech Culture for Good?” The Nation, August 2014; “Commies for Christ,” The New Inquiry, December 2013.

[27] For more on the abolition of whiteness, see: David R. Roediger, Towards the Abolition of Whiteness: Essays on Race, Politics, and Working Class History (London and New York: Verso, 1994) and Joel Olson, The Abolition of White Democracy (Minneapolis, MN: University of Minnesota Press, 2004), 132.