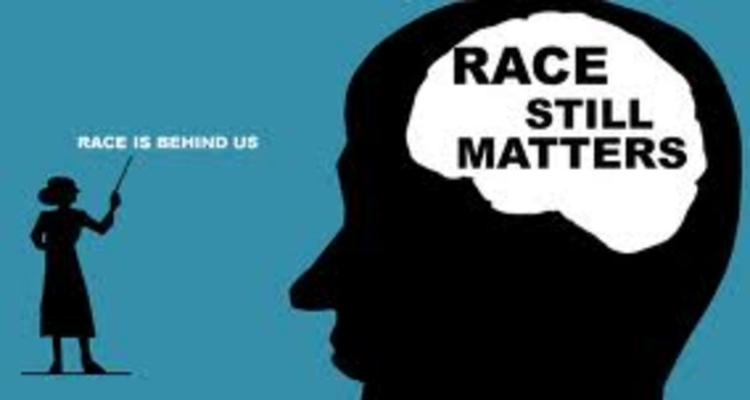 In the wake of Barack Obama’s 2008 historic election as the first black president of the United States of America, pundits, reporters, politicians, and scholars scrambled to declare the race question over.  In its congratulatory message to the newly elected president, The Wall Street Journal proclaimed, “A man of mixed race has now reached the pinnacle of U.S. power only two generations since the end of Jim Crow.”[1]  The article went on to say, “One promise of his victory is that perhaps we can put to rest the myth of racism as a barrier to achievement in this splendid country.”[2]  Washington Post columnist, Richard Cohen, attributed Obama’s victory to former president Lyndon B. Johnson, suggesting that Obama’s election was the culmination of “that July day when Johnson virtually outlawed most forms of racial segregation in America.”[3]  Cohen goes on to say that Obama is “only incidentally a black man.  It is not just that he is post-racial; so is the nation he is generationally primed to lead.”[4]

What these articles suggest is that the struggle for civil rights had finally been realized.  A nation whose short history had been peppered with violent, political, and ideological racial battles had elected a black man to the highest office in the land.  These writers reflect a common belief in white American society – racism is dead.  While Obama’s election signified a leap forward in American race relations, understanding his election as the culmination of the Civil Rights Movement, reflects a problematic understanding of history declares issues of racism to be a thing of the past.  If Obama’s election signals the final step in a shift from a racial to a post-racial U.S. society, then why talk about racism at all?  The answer is simply this: to declare the race question over is at best oversimplified and at worst risks overlooking both the deep racial divisions that still pervade American society as well as the causes and effects of these divisions.

Throughout this Daily Theology Shark Week on Theology and Racial In/Justice my colleagues will insightfully address the myriad of ways that racism still rears its ugly head – overtly and covertly – in our everyday lives.  The underlying question, then, seems to be how to understand two competing claims to reality – that we live in a post-racial society and that many people of color continue to regularly experience racial injustice.  The crux of this issue is how we understand racism, an understanding that has gradually, but profoundly shifted over the last fifty years.

Bryan Massingale insists that our current understanding of racism is outdated.  Racism is often understood to be an instance (or instances) in which “Person A (usually, but not always, white) consciously, deliberately, and intentionally does something negative to Person B (usually, but not always, black or Latino) because of the color of his or her skin.”[5]  This understanding of racism emphasizes deliberate individual actions that cause harm to another.

While these forms of person-to-person racial animosity continue to exist today, the civil rights legislation of the 1960s overturned the legalized segregation.  As “separate but equal” gave way to integration, and as instances of white-on-black racial violence became rarer, that racial questions would slowly fall out of the dominant white American purview is understandable.  The struggle for civil rights did create changes in legislation and race relations, and this struggle did help pave the way for the election, decades later, of a black man to the U.S. presidency. Nonetheless, the problem with this understanding of the manifestations of racial prejudice is that it fails to properly recognize the changing social nature of racism in America over the last fifty years.

Massingale asserts that racism is more properly understood as a “cultural phenomenon, that is, a way of interpreting human color differences that pervades the collective convictions, conventions, and practices of American life….”[6]  This definition of racism understands racial prejudice as existing in more than just person-to-person interactions and the legalized segregation of years past.  Culture is the carrier of key aspects of the American way of life, a way of life that is deeply pervaded by racism.

Significantly, Massingale suggests that white participation in this type of cultural racism often is unconscious as this behavior is learned, though not reflected upon, through everyday socialization that culturally conditions white bias toward blacks.

Racial socialization that is endemic to a culture of racism suggests that race “can operate as a negative – yet not conscious, deliberate, or intentional – decision making factor, due to the pervasive cultural stigma attached to dark skin color in Western culture.”[7]  These culture of racism, Massingale argues, creates an “unconscious aversion” to people of color.  Despite overwhelming claims of racial equality in twenty-first-century America, whites are still socialized into a culture that sees the black person as other.

Intertwined with cultural racism and white cultural manifestations of dominance and entitlement are the privileges that Massingale identifies as “social arrangements” and “economic advantages that have been conferred upon white Americans by public policy and political power throughout our history.”[8]  What makes this privilege so dangerous is that, on the surface, it does not appear to be as morally reprehensible as the white supremacy of old: legalized slavery, segregation and their public faces – including the Ku Klux Klan and burning crosses.  White supremacy is a harsh term with which most whites would loathe to be identified.

To be sure the majority of whites seek to distance themselves from any sort of identification with the KKK, white pride groups, or any number of American Neo-Nazi organizations that insist on the inherent superiority of whites.  But it is also this privilege that allows whites to easily dismiss groups like Unite the Right as a fringe group that makes America’s racial reality look worse than it actually is.

So what is to be done?  As theologians – and let’s be clear – all of us involved with Daily Theology as writers and readers are participating in the act of public theology – have a responsibility to engage in what Shawn Copeland calls “theology as truth telling.”[9]  Copeland says, “This truth-telling entails a serious reading of the ‘signs of the times,’ and nothing is more pertinent to a theologian’s exercise of her or his vocation than such a reading.”[10]

A “serious reading of the ‘signs of the times’” entails a deeper and more nuanced look at America’s racial reality that, while recognizing some progress, also insists that the scourge of racism continues.  Attention must be given to white privilege and how it sets the norms and standards for American society.  It is by recognizing the scope of white privilege that theologians can help better shape our nation’s public discourse to recognize that “liberty and justice for all” isn’t always for all.  Finally, theologians must bring Christian social teaching to the forefront of theological and public discourse.  At the heart of Christian social teaching is a powerful recognition of the dignity of all people created in God’s image.  Racial injustice denies the dignity of oppressed populations.