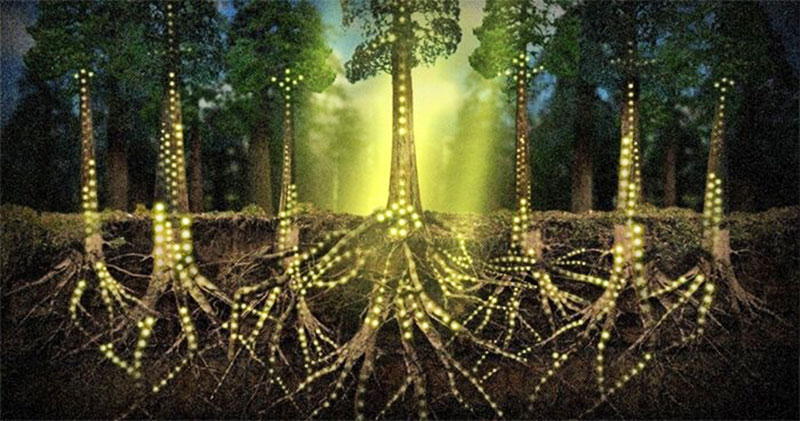 “Consider the birds of the air and the lilies of the field.”

This is just one of many analogies drawn from the natural world in the Gospels. Jesus opts for fig trees, mustard seeds, and big catches of fish over abstract philosophical concepts when speaking of God’s reign.

Similarly, Job directs us to seek wisdom from nature:  “ask the animals, and they will teach you; the birds of air, and they will tell you; ask the plants of the earth, and they will teach you” (Job 12:7-8). In Elizabeth Johnson’s Ask the Beasts: Darwin and the God of Love, she reflects on Job’s words by taking up the challenge to step “outside the usual theological conversation with its presumption of human superiority in order to place a different ‘other’ at the center of attention.”

Meister Eckhart wrote that “Every single creature is full of God. Every creature is a word of God.” What if we were to apply Eckhart’s words, Johnson’s observations, and Job’s encouragement to the humble and often-ignored fifth kingdom – fungi? Though not as lovely as lilies or as beautiful as birds, what might we learn if we consider the mycelium?

Mycelium – sometimes called “mycelia” since mass nouns can be considered either singular or plural – is a network of underground fungal threads, the “fruit” of which are mushrooms. Mycelial mats can cover thousands of acres, making fungi some of the largest organisms in the world. A “fairy ring” made up of mushrooms which appear to be discrete, individual organisms is simply the above-ground aspect of this hidden, interconnected system. John Donne’s maxim applies to mushrooms as well as men: none is an island.

What lessons are there for us in the mycelium? How might this example from nature speak to our attempts to live justice-seeking Christian lives in our current context?

We act as community – especially in our struggles for justice

Catholic social teaching asserts that the human being is not just sacred, but also social.  Like the mycelium, we are deeply interconnected with one another, a truth that provides a helpful lens as we look at the history of social change movements.

If the comments of my Religious Studies undergraduate students during our “love in action” unit are any indication, we often imagine those revered as social justice heroes as relatively solitary actors. One day, Rosa Parks just up and decided to refuse to move to the back of the bus.  Dietrich Bonhoeffer resisted the Third Reich and was put to death by the Nazis. This reading of social change movements – that individual visionary leaders come along to heroically right wrongs – reflects our cultural bias toward individualism.  This reading of history is mistaken (as I stress to my undergraduates) and troublesome because it tempts us to sit back and wait for that visionary leader.

If we look more closely at the lives of leaders, organizers, and figureheads in various struggles for justice, we find that they – like our mycelium – were networked and connected. We must read their lives in context and understand their networks of education, formation, training and support. Rosa Parks studied at the Highlander Folk School. Dietrich Bonhoeffer was part of the Underground Seminary. Far from lone superheroes swooping in to save the day, these (and other) key figures were formed and supported by networks. We remember the names of Parks and Bonhoeffer, but there are countless others whose names aren’t remembered, whose work enabled their prophetic witnesses.

We resource and support one another

Reflecting on the history of social change movements, Sister Susan Francois, CSJP, wrote recently, “relationship is key to resistance.” In thinking of relationship, we again can consider the mycelium as an illustration.

Mycelium enter into symbiotic relationships with host plants, contributing to the long-term health and flourishing of the overall ecosystem. As extensions of a host plant’s roots, the mycelium assist that plant if there are threats like pests or droughts. Biologist Paul Stamets considers them sentient “thinking” organisms that take in and respond to information about their environment, thus supporting the health of the whole forest.

No one person has the skills and abilities to do it all, and no one can be everywhere, addressing every need (attempting this, in fact, is the recipe for activist burnout!). For all of us concerned with long-term, life-affirming, Gospel-centered resistance the practical support of a network (or more likely, multiple overlapping networks) is key. Whether we are concerned about the environment, access to health care for the poor, immigrants’ rights, or other issues, the weeks since the inauguration have felt like a political and social equivalent of the game of Whack-a-Mole.

Yet in our networks – actual or virtual, local or state or national – we can keep each other informed and encouraged in our particular niche, whether that’s supporting women in crisis pregnancies, helping immigrants access legal counsel, facilitating anti-racism trainings, or so many other important areas of work. Also drawing on the mushroom analogy, Ursuline Sister Michele Morek wrote that women religious are like mycelium’s “underground network, connecting one area of need with another, connecting needy areas with resources, or supporting ministries and services.” Like that huge, complex web of mycelium collaborating to support the overall ecosystem, together we contribute to the common good and move towards the vision of right relationship.

Together we are a powerful force for healing of the whole

Paul Stamets also writes about the unbelievable power of mushrooms in cleaning up contaminated land through a process called mycoremediation. The health of water or land that has been damaged by bacterium like E. coli, heavy metals or other contaminants can be improved through applying combinations of humble fungi.

Here again mycelium are a model of collaboration for flourishing. Sister of St Joseph Amy Hereford has written of moving “from hierarchy to network” and of decentralized communities that aren’t “leaderless” but “leader-full.” Hereford cites the Occupy movement and the New Monasticism as two examples of “leader-full” movements. Again, social change isn’t the work of solitary individuals, but of communities and networks.

Two millennia ago, Paul challenged the Church at Corinth to see themselves as part of one body, with every individual part necessary for the functioning of the whole. Looking beyond the Catholic tradition, Buddhist monk, Nobel Peace Prize winner, and poet Thich Nhat Hahn has written the next Buddha will be the  – the community. Every great religious tradition teaches the truth of interconnectedness and interdependence. We are organisms that rely on other organisms to survive, thrive, and heal one another. On this Earth Day, we look to the hidden network of mycelium beneath our feet for inspiration as we seek to strengthen our interconnected networks seeking right relationship for the sake of healing.

Rhonda Miska is a candidate with the Sinsinawa Dominican Sisters and a graduate of the Boston College School of Theology and Ministry. Miska is currently coauthoring a book on Dominican Holy Women and serving as a Spanish-language legal interpreter with Catholic Charities.