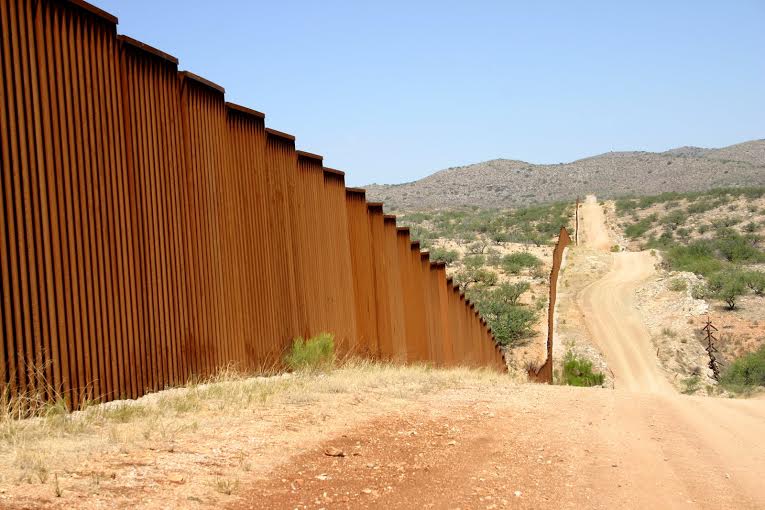 Because of the pope’s visit, the world’s attention turned to this obscure little island, unknown to the average western citizen, but well known to Africans and to those seeking entrance into Europe.  The momentous visit and the coverage it received made Lampedusa a common reference point and a symbol for the pope’s concerns and what he calls, “the globalization of indifference.”

Three months after his visit, on October 3rd 2013, Lampedusa once again made headlines, not because of the pope, but because 368 people had drowned as their boat caught fire a quarter mile from the island.  The next morning, on the Feast of St. Francis, the pope simply called the event “a disgrace.”

The one-year commemoration of this disgrace took place a few days ago, and when the pope visits the United States in September/October 2015, I suggest that the pope mark the third commemoration by visiting the American Lampedusa at the US-Mexico border.

Instead of drowning in the ocean, in the American Lampedusa people’s bodies bake in summer temperatures that can reach over 130 degrees.  The US-Mexico border and the deserts of Arizona and Texas are that polyvalent symbol that is at once alluring and terrifying for it has become both the gateway to a new life in the United States and the graveyard for the poor and insignificant of this world.

According to the Coalicion de Derechos Humanos, a human rights organization located in Tucson, Arizona, at least 2,649 human remains were recovered from the Arizona deserts between 2000-2013.  Many bodies are simply not found and ultimately decompose in the vast wilderness.  The location of their death will never be known.  One can say that the insignificant remains of an insignificant people disappear from history, and all that is left are the questions: Who were they?  Where were they coming from?  Why did they leave?  What were their dreams?  To these and other questions, perhaps only the long-forgotten practice of the tears of lament can begin to provide a sacred space for honest prayer and action.

As a former undocumented immigrant and eventually a volunteer with the Tucson Samaritans and with No More Deaths, two committed organizations whose volunteers take daily trips into the deserts to put out water for migrants and to be a civilian presence in what continues to be a highly militarized zone, I am critically aware of the importance of presence in a very hostile area.  At the border converge the intense forces, emotions, and ideas of border patrol, of narco-traffickers, of humanitarian workers, of long-time residents, of white-supremacy hate groups, of religious workers, of environmental activists, and of anyone who believes that the “other” coming from el otro lado (the other side) is a threat or a gift to this country.  It is into this messy reality that I invite the pope.  In the wilderness of the southwest desert one can find the tattered signs of a church that is poor and for the poor, and I want pope Francis to see it, to hear it, to smell it, and to know firsthand that the Spirit is alive and groaning at the margins of this vast country.

It is rumored that pope Francis may also visit Mexico in addition to his visit to the United States.  If he visited Mexico before the United States, what better way to visit these two countries than by crossing through the narrow gate at the border.  Perhaps such a border crossing would be a logistical nightmare for security, but it certainly would not be the first time that the pope poses a problem for security.

Such a symbolic gesture, regardless of whether he travels from Mexico to the United States or from the United States to Mexico, would proclaim the profound message of John Paul II in Ecclesia in America, that we are one church of the Americas and that our unity in the cross of Christ through the waters of baptism runs deeper than the national flags to which we pledge allegiance.  As people of faith in the One who crossed the borders of his time, we need to remember that the cross is higher than the flag, and that in the last analysis, our citizenship is not defined by borders.

If nothing else, I hope Pope Francis visits the US-Mexico border and travels to the wall that continues to separate families and that he teaches us how to weep.  He ended his homily at Lampedusa with the following words:

The globalization of indifference has taken from us the ability to weep! In the Gospel we have heard the crying, the wailing, the great lamentation: “Rachel weeps for her children… because they are no more”. Herod sowed death to protect his own comfort, his own soap bubble. And so it continues… Let us ask the Lord to remove the part of Herod that lurks in our hearts; let us ask the Lord for the grace to weep over our indifference, to weep over the cruelty of our world, of our own hearts, and of all those who in anonymity make social and economic decisions which open the door to tragic situations like this. “Has any one wept?” Today has anyone wept in our world?

New York is beautiful, Philadelphia is lovely, D.C is powerful, but go visit the desert wilderness and teach us to weep.  Many of us will meet you there and together we may wash away with tears the foundations of that wall and open the future of these two North American countries to new horizons.

Leo Guardado is a Ph.D. student in Theology and Peace Studies at the University of Notre Dame.