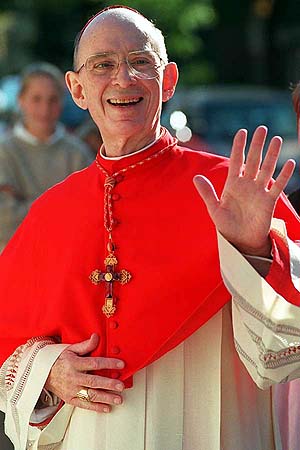 You have been told, O mortal, what is good, and what the LORD requires of you: Only to do justice and to love goodness, and to walk humbly with your God. Micah 6:8

I was dismayed, but not all that surprised by Nicholas G. Hahn III’s recent article in the Wall Street Journal. It has become fashionable in conservative circles in the United States to blame everything they dislike in American politics and religion on Cardinal Joseph Bernardin, the late archbishop of Chicago. With the papacy of Pope Francis and the need for a new archbishop in Chicago, the legacy of Bernardin is again attracting much attention.

Toward the beginning of his opinion piece, Hahn rightfully points out: that “those trying to interpret Pope Francis, on the left and the right…see in him a reflection of their own hopes.” The risk, as he suggests, is that we remake the pope into our own image.  Unfortunately, his selective and uncharitable reading of Cardinal Bernardin does just that.

The most vicious (and ridiculous) of the Bernardin-bashers is by far Michael Voris, a sensational conspiracy theorist who often blames the late Cardinal for everything from “ObamaCare” to the sexual abuse crisis in the church. But the Bernardin-bashers also comes from more serious voices. George Weigel, for instance, wrote an often-cited article in 2011 that (falsely) portrays Bernardin as an authoritarian, Chicago style political boss who imposed his “left-wing” Catholicism on all the other bishops in the United States—as if they were fooled or force to elect him as the president of the conference.

Joseph Bernardin’s moral vision, best articulated with the phrase “consistent ethic of life,” should make us uncomfortable. Rooted squarely in the Gospel message of Jesus Christ and the Christian tradition, this vision challenges all of us to humbly reflect on how our politics, lifestyle choices, and ideologies promote or harm human dignity, with particular attention to the least among us.

In his article, Hahn accuses the “Catholic left” of trying to “resurrect the ghost of Bernardin.” However, the so-called Bernardin ghost gets far more attention from those seeking who want to find someone to blame for the fact that the Catholic church’s position does not clearly match with American partisan politics. It is not  easy for people who deeply adhere to partisan divisions to realize that the Catholic moral vision challenges all partisan and human ideologies. Rather than accepting the breadth and depth of the Catholic social and ethical tradition, the temptation is to pick and choose.

In Caritas in Veritate, his 2009 social encyclical, Pope Benedict XVI surprised many who looked at him through the limited partisan vision of American politics, by making strong arguments for social and distributive justice including an appeal or governmental regulation of the economy. Rooting the encyclical in Paul VI’s vision of integral human development and John Paul II’s teaching on solidarity and human dignity, Benedict clearly presents a consistent ethic of life framework.

In his response, which was seen as absurd by people in the Vatican Curia, Weigel presented a new conspiracy theory. Maybe because Bernardin was no longer around to blame for Benedict’s holistic approach to social justice, he blamed the Pontifical Council for Justice and Peace. In his article titled “Caritas in Veritate in Gold and Red and Gold,” Weigel urged readers to disregard anything in the text that offered a critique of American conservative positions.  In the text, he claimed, one should distinguish between those sections written by a supposed gold pen by Benedict and those written by a supposed red pen by the Pontifical Council for Justice and Peace that forced their opinion on the pope (a very strange claim to anyone who knows how the Curia operates).

One of the main ironies with Weigel, Hahn and other Bernardin-bashers is that they end up becoming just like the so-called “cafeteria Catholics” they disdain so much.

Bernardin’s commitment to the consistent ethic of life is deeply rooted in the Gospel and the holistic vision of the Catholic social and ethical. Catholic doctrine has emphasized this point in different ways. For example, Pope Paul VI frequently appealed to the notion of “integral human development” and the church’s vocation to work for the development of “all people and the whole person.” Like Bernardin, Pope John Paul II often addressed the connections between pro-life issues and social justice in speaking for a culture of life that extended from “conception to natural death.” John Paul II’s homilies on his visits to the United States, for instance, stress the interrelationship between a wide range of social issues including anti-abortion efforts, solidarity with the poor, and the military disarmament. More recently, Pope Francis has not been afraid to critique both the structural evils within global capitalism and the throw away culture that accepts abortion and euthanasia 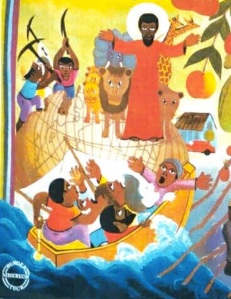 While I do not know what the future holds for the Catholic Church in Chicago or anywhere in the world, I suspect that the papacy of Pope Francis and the increasing prominence of global Catholicism will be frustrating for Hahn and other Americans (including liberals) obsessed with the partisan divisions between Republicans and Democrats. In his response to another Bernardin-basher in the Milwaukee Journal Sentinel, Fr. Bryan Massingale summarizes the consistent ethic of life (CEL) this way:.

The CEL is deeply rooted in the church’s official teaching and is not a recent invention to provide a “liberal” cover to vote for pro-choice candidates. This is why one finds CEL advocates (such as the famous “Nuns on the Bus” participants) working for a strong network of prenatal support for unwed mothers, just wages, adequate unemployment coverage and comprehensive health care reform. Because measures such as these facilitate a choice for life at its beginning, ending and every stage in between.

Rooted deeply in the Christian tradition, the message of Bernardin is challenging for us all and is not always easy to accept. Bernardin’s message of the consistent ethic of life is challenging to us not because it deviates from the Catholic tradition, but because it radically reflects the fullness of that tradition—a tradition that does not fit nicely into our conservative or liberal boxes. In the end, however, the value of human life is more important than our political or partisan worldviews. Bernardin summed it up this way:

A consistent ethic does not say everyone in the Church must do all things, but it does say that as individuals and groups pursue one issue, whether it is opposing abortion or capital punishment, the way we oppose one threat should be related to support for a systemic vision of life…. No one is called to do everything, but each of us can do something. And we can strive not to stand against each other when the protection and the promotion of life are at stake.