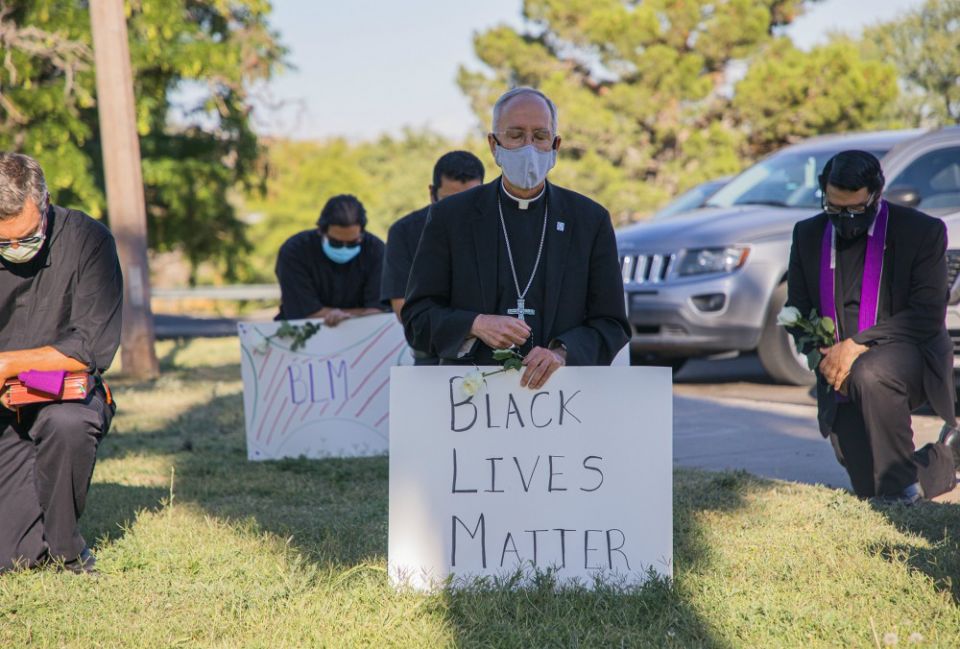 Every Roman Catholic in the United States should be unreservedly in favor of reparations to descendents of the Black men and women who were kidnapped from Africa and held in bondage for centuries. The Catholic Church and millions of Catholics were not only willing participants in the institution of chattel slavery, but, long after slavery, Catholics and the American Catholic hierarchy willingly participated in and benefited from racist policies and actions well into the 21st century.

“Following the abolition of slavery,” Dr. Shannen D. Williams writes, “the Catholic Church stood as the largest Christian practitioner of segregation. In the United States, where the history of many Black Catholics predates that of white and ethnic white Catholics by over three centuries, the vast majority of Catholic institutions and religious orders of men and women systematically excluded African-descended people, especially U.S.-born Blacks, from admission solely on the basis of race well into the 20th century.”

Williams argues persuasively in this piece for actions that the Catholic Church should take in the United States, including formal apologies, reinvesting in the Black Catholic educational system, requiring the teaching of Black and Brown Catholic history in schools and seminaries, and broadening church leadership. I agree with all of these suggested actions, and very much hope that someone at the USCCB will listen to her reasoned voice. I also, however, think that Catholics should be supporting reparations more widely than just from the Church itself.

If you’re unsure or doubtful about reparations, I invite you to read Ta-Nehisi Coates’ now-famous essay on the subject, or Nikole Hannah-Jones’ recent piece in NYT Magazine, or Williams’ essay on the need for ecclesial reparations. While you’re at it, scroll through Tia Pratt’s #BlackCatholicSyllabus and educate yourself on the deeply embedded racism throughout the last few centuries years of both the United States and the Catholic Church. Once you’ve got a sense of the atrocities committed both in the name of the Church and in the name of the US Government, let’s talk theology.

Now, I don’t typically like to use the Catechism to do theology, since the Catechism is merely a compendium of church teaching and gets updated every decade or so. Sometimes, however, the international nature of the Catechism sheds some light on a particularly American problem, and reparations is one of these. Take paragraph 2487:

“Every offense committed against justice and truth entails the duty of reparation, even if its author has been forgiven. When it is impossible publicly to make reparation for a wrong, it must be made secretly. If someone who has suffered harm cannot be directly compensated, he must be given moral satisfaction in the name of charity. This duty of reparation also concerns offenses against another’s reputation. This reparation, moral and sometimes material, must be evaluated in terms of the extent of the damage inflicted. It obliges in conscience.”

What I love about this paragraph is the unmistakable Christian requirement to a duty of repairing the injustice (in Latin:  reparationis officium). If you steal from someone, it’s not enough to apologize, you must repay the debt. The Catechism does not equivocate on this requirement. If it’s impossible to do publicly, do it privately. If the direct person can’t be compensated, they must be given moral satisfaction. Either way, this reparation “obliges in conscience” and “must be evaluated in terms of the extent of damage inflicted.” In other words, apologies are not sufficient to repair the damage of sins committed. But what level of reparations are due for something that seems so difficult to pin down as chattel slavery and systematic racism? Thankfully, paragraph 2412 further details this obligation of the Christian faithful:

In virtue of commutative justice, reparation for injustice committed requires the restitution of stolen goods to their owner: Jesus blesses Zacchaeus for his pledge: “If I have defrauded anyone of anything, I restore it fourfold.”

Those who, directly or indirectly, have taken possession of the goods of another, are obliged to make restitution of them, or to return the equivalent in kind or in money, if the goods have disappeared, as well as the profit or advantages their owner would have legitimately obtained from them.

Likewise, all who in some manner have taken part in a theft or who have knowingly benefited from it – for example, those who ordered it, assisted in it, or received the stolen goods – are obliged to make restitution in proportion to their responsibility and to their share of what was stolen.

This paragraph teaches us that not only are reparations required for the sinner, and not only did Jesus praise Zaccheus for his four-fold reparation, but the profits of illegally obtained items (in this case, persons) must also be returned. Reparations also requires a sinner, a perpetrator, but this paragraph casts a wide net — either the original thief, or anyone who took part in the theft, or knowingly benefited from the theft.

To appraise whether the Catechism would require pentilet us examine the facts:

This said, one common argument against monetary reparations to the descendents of enslaved people is the “reparation in other forms” arguments. Actions like affordable housing, affirmative actions, and urban-focused education programs are all reparative, the argument goes, and they are the only true reparation needed for these sins. While the intentions may be noble, this argument is factually incorrect, as an investigation into social wealth equity can demonstrate.

A 2018 study by the Samuel DuBois Cook Center on Social Equity at Duke University, which Jones cites in her NYT piece, showed not only that “the racial wealth gap is large and shows no signs of closing” but that the solutions typically offered to this problem fail to meet the need. The authors of the study are clear these types of racial equity proposals often contribute to, rather than heal, racial inequality.

“We contend that a number of ideas frequently touted as “solutions” will not make headway in reducing black-white wealth disparities. These conventional ideas include greater educational attainment, harder work, better financial decisions, and other changes in habits and practices on the part of blacks. While these steps are not necessarily undesirable, they are wholly inadequate to bridge the racial chasm in wealth.”

I was born and raised in Louisiana in the late 20th century. My household did not have enslaved people, but I benefitted, and continue to benefit, from the institution of enslavement, as did my white great grandparents, grandparents, and parents. They built wealth slowly, coming mostly from Ireland and Germany in the late 19th century, and carved out a place in middle-class white America for their children, grandchildren, and me. It is clear to me now that they were able to do this due to racist banking policies, racist housing policies, racist hiring practices, and racist policing. This does not mean they were racist, but that they were given advantages that were not given to Black citizens.

It can be difficult to talk about making financial reparations for stolen lives since, theologically, such horrors can never be financially restored. However, personal and institutional reparations should always and forever be about the victim, not the perpetrator, and we would do well to not let misplaced ideals blind us to tangible acts of justice. Financial reparations to the descendents of enslaved person for the stolen lives, as well as for the intellectual and physical labor, is not only a solid economic policy for advancing social equity, but a policy that should be supported by all Christians, including all Catholics. The politics of the argument, divisive as they are, must be put aside in favor of a policy that cries out for justice. Reparations are not a matter of wealth. Reparations are a matter of penance. And good penance, in the end, defines a good Catholic.