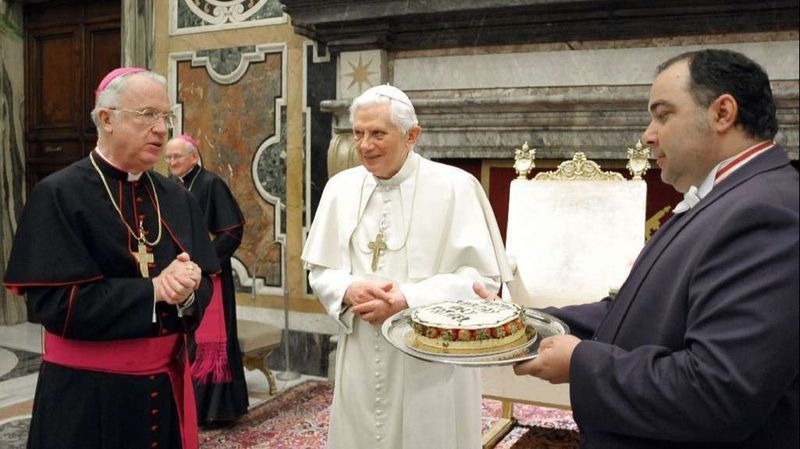 In the days ahead, the US Catholic Bishops will gather for their biannual June meeting in Baltimore. This meeting comes at a particularly difficult moment in the life of the US Catholic Church in the wake of the Pennsylvania Grand Jury Report on the clerical sexual abuse crisis. It has not been an easy year for the American Catholic community.

In recent weeks, new scandals reveal the need for a more comprehensive approach to the crisis. Consider the case of Bishop Michael J. Bransfield. The bishop, once seen as a rising star, was accused of both sexual harassment and serious financial mismanagement of West Virginia’s Catholic community.

A native of Philadelphia, Bransfield served as bishop of the Diocese of Wheeling-Charleston, West Virginia from 2005 to 2018. During his time, he also served as treasurer  of the United States Conference of Catholic Bishops and as president of the Papal Foundation, a Vatican-supported fund charged with disturbing grants to charitable groups around the world. In those posts, he was tasked with managing millions of dollars.

According to documents revealed to the Washington Post, Bransfield gave more than $350,000 in cash gifts to powerful clerics, including Vatican officials and very notability William Lori, the archbishop of Baltimore who was charged by the Vatican to investigate Bransfield. These checks were personal check by the bishop but were later reimbursed out of diocesan coffers.

Such gifts appear to be a way to earn favors for this career cleric. As part of his investigation, Lori has given back more than $10,000 in gifts from Bransfield. Other church officials have followed suit. But many questions remain. Are substantial financial gifts common among bishops? Do these normally get reimbursed by the diocese?

What is more, while Pope Francis has shunned the ornate papal apartments in favor of a simple room, Bransfield reportedly spent over $4 million to renovate his residence and over $182,000 to have fresh flowers delivered daily. Is this an appropriate use of funds by a bishop today? Are private jets, elaborate decorations, and lavish living quarters the exception or the norm among the church’s leadership?

While this would be scandalous anywhere, these costs are all the more shocking as the diocese of Wheeling-Charleston is one of the poorest in the country, in a state where over 90,000 children live in poverty.

Financial mismanagement and corruption are nothing new for the community of the church. To address this, the church’s Canon Law establishes diocesan finance councils as a means of reviewing finances. But these bodies are limited in that they are appointed by the bishop and are ultimately accountable only to him.

Pope Francis has taken important steps to address corruption and financial mismanagement in the Vatican, including a recent reform of Vatican structures with more responsibility given to lay people the Secretariat for the Economy of the Holy See.

The Power and Responsibility of the USCCB
In the face of this crisis, the US Catholic Bishops are called to do much to address the sexual abuse crisis, the financial mismanagement of their peers, and an underlying clerical culture that supports both.  While the conference of bishops has limited power, according to Canon Law, it can and must do much more. As a collective body, the US Catholic Bishops has a tremendous moral authority. It can use this to both highlight best practices and to “name and shame” those practices that do not reflect the Gospel.

Three urgent steps can and I hope will be taken by the US Bishops.

1. Complete Financial Transparency of the Diocese
First, there must be complete financial transparency for all Catholic institutions. This must go beyond the minimum expectations demanded by civil and canon law. Dioceses are the fundamental basic institution of the church. They are also, under US law, tax exempt with the bishop often being the primary sole member of the corporation.

Diocesan financial boards and auditing firms must be made more independent. One way to do this is through cooperation across nearby dioceses and annual evaluation by a legitimate auditing body. The BIshops have already created a model by having independent certifying agencies monitor and train in preventing abuse.

Detailed Annual reports should be made available to members of that local Church. Some dioceses already do this and publish them on their websites. This should be the norm,

2. Financial Transparency of the Bishop
Second, as part of the institutional transparency that must be normal practice of any non profit, bishops by virtue of their office and role as corporation sole must commit to transparency in their own finances. What major gifts have they received? What major gifts have they given? This should include financial gifts (such as those given at installation) but also travel, meals, and in-kind donations.

As with our politicians, bishops, who act in the name of the local church, must be clear on their financial ties and lifestyles. This offers an important opportunity for both evangelical witness and trust.

Faithful Catholics and outside observers are rightly scandalized by bishops and pastors who live lavish lifestyles. Not all need to take vows of poverty (as many religious do) but they must, as Pope Francis has often urged, reflect the central teachings of the Christian Faith, to be close to the poor.

A change in culture, rooted in prayer, repentance, simplicity, and the models of holy bishops who have already adopted more humble lifestyle is needed. Such a task is as much spiritual as it is practical. As a conference, the USCCB can use its moral authority and public voice to encourage this.

3. Reorganize and diversify boards of Catholic institutions
Third, there is an urgent need to reorganize and diversify boards of Catholic institutions, including Catholic hospitals, universities, diocesan pastoral councils and even diocesan finance councils. Far too often, lay people are chosen to participate in these structures due to their financial status and social prominence. Far too many of our boards consist exclusively of wealthy donors and people of prominence, even if they may not be the best experts or most representative of the community they are called to serve.

If bishops and other church leaders surround themselves primarily with members of the so called 1%, then why would it be a surprise that they seek to share In lavish lifestyles and practices of undue influence. Privileging the rich and powerful may end up with greater donations, but how can they really be squared with the Gospel? And it may not be the most effective way of organizing.

Rebuilding Trust
The clerical abuse crisis has broken the trust of Catholics in their own ecclesial institutions. Financial mismanagement and excessive attachments to money and power risks exasperating an already precarious situation. Transparency, accountability, and an end to ecclesial cultures of clericalism must be real priorities for the bishops in these days ahead,

*Thanks to Amanda Osheim @acosheim for her comments on this post.