As the wooden double doors shut around 5 am, I found myself confined in a small room (11 x 13 feet) with ten people I had never seen before and a travel companion that I had met only a few days earlier. In the middle of the cramped space, called the Chapel of the Angel, was a small stone pedestal with a single candle lit by a nun who was kneeling next to me. Opposite to the entrance was an archway leading to an even smaller chamber where a priest was celebrating Mass in Italian. This would be one of the first of many daily liturgies on or near this spot.

For nearly two millennia Christians have venerated this space. While arguably the holiest spot in Christianity, it is too often overlooked by Catholics who often favor European sites such as Rome or Lourdes and who too often have a cartoon vision of the Easter events from childhood catechetical books. Many Catholics (including a number of my fellow pilgrims) never knew, for example, that the tomb stands only a few hundred feet from the site of the crucifixion or that both sites are encompassed in the large church of the Holy Sepulchre built by crusaders.

And fewer still had any sense of the suffering experienced by local Christians by US-backed Israeli policies and a rising tide of anti-Christian hate crimes by Jewish Settlers.

Racing to the Tomb 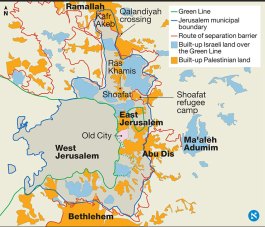 I had gone quickly to the church of the Holy Seplechure the night before and found myself deeply moved. After a few days in Galilee, my pilgrim group made its way to Jerusalem. When we arrived at our accommodations, we had a short window of time before dinner and faith sharing. Having been to the Holy Land a few times before, I recruited two friends to make a quick visit to the tomb, which I knew was not too far in the Old City.

Like most of the other Christian (and Muslim) Holy Sites in the city, the Holy Sepulchre is located in East Jerusalem, an area that the international community, including the Church, does not recognize as belonging to Israel, which has occupied it since the 1967 war.

A bit like Peter, we raced to the Tomb of Christ. It was getting close to closing time and most tour groups were back at their hotels getting ready for dinner.

The Aedicule- the Shrine Over the Tomb

When we got to the church and made our way in the only door in or out, I was struck and moved by the meaning of this sacred site.  At some level it seems ridiculous to be emotional at a place, but this is no ordinary place and I deeply desired to come back to this site, to be close to where the incarnate lord suffered death and experienced resurrection.

Standing just inside the doorway in front of the anointing stone, there are steep steps up to chapels on the right marking spot of Calvary. A few dozen feet in the other direction and you see the Aedicule (small shrine)—the church within a church. It is in this small structure where we find the Tomb of Christ.

A Cry for Help – An Ecumenism of Protest

Protestors demonstrating outside the closed doors of the Church of the Holy Sepulchre in Jerusalem’s Old City, Feb. 27, 2018. (Yonatan Sindel/Flash90)

Being able to access the site was not assured. Just two days earlier, the leaders of the churches that control the Holy Sepulchre took the monumental (no pun intended) decision to temporarily close the site for the first time in recent memory. This was a very significant protest against proposed laws by the Israeli government, recently emboldened by the hawkish pro-Israel Trump administration. For Christian leaders in the city (including the Catholic Custos of the Holy Land), the choice to close the church was a cry for help in response to “the systematic campaign of abuse against Churches and Christians [which] reaches now its peak as a discriminatory and racist bill that targets solely the properties of the Christian community in the Holy Land.”

In a place where it is difficult to get leaders of the main churches to agree on anything, the step to close the church was a cry for help, an ecumenism of protest, and I felt privileged to be in the region when they did it.

Toward a Renewed Spirituality – Ad Orientum

The Door to the Holy Sepulchre at 4 AM

When I returned to the church in the morning hours before sunrise on my second day, I was again moved by the Holy Spirit. After walking through the desolate streets of this ancient city at 3:30 am, I found myself kneeling feet away from the site of the Empty Tomb. As I sat in prayerful adoration, my attention was drawn to the plight of the local church community and the dozens of Palestinian Christians I met along the way. Throughout my pilgrimage, I met many local men, women and children who worship Christ in the very places he lived, worked, and waked. I was awestruck at the crosses they are forced to carry in the face of social, economic, and political injustice. And I was moved by the ways the local church seeks to roll away the stones of poverty, oppression, and injustice.In my prayer at the spot of resurrection I lamented the fact that so few Catholics around the world have visited Jerusalem or even think about it as a real place with real human beings, including fellow Catholics, living there today.

Catholics, especially in the West, must develop a renewed sense and spirituality and theology of Jerusalem. This is something that Massimo Faggioli recently called for in Commonweal. Such a spirituality, in my view, must certainly be rooted in Biblical faith and the insights following the Second Vatican Council. But it must also be rooted in the experiences of the living Christians in that region. A truly “Ad Orientum spirituality”  goes beyond any debate about liturgical positioning. A true turn toward Jerusalem can help us as we seek the meaning and power of resurrection as it unfolds in the historical events of salvation and in the present life of Christians in the Holy Land.

Unfortunately, in the weeks following my visit, the Trump administration, with little resistance from US Church leaders, has continued to embolden Benjamin Netanyahu’s illegal and unjust policies in Gaza and the unilateral airstrikes in Syria. But it is the recent move of the US embassy to Jerusalem that should give all Christians serious pause. This, as a recent letter by the US Bishops on the topic pointed out will “erode the U.S. commitment to a two-state solution, and is a threat to pursuing peace and ending conflict.” Such a recognition, in this present context before any peace agreement has been reached, represents a serious threat to both peace and to what is left of the Christian identity in this city that stands at the center of our Easter faith.