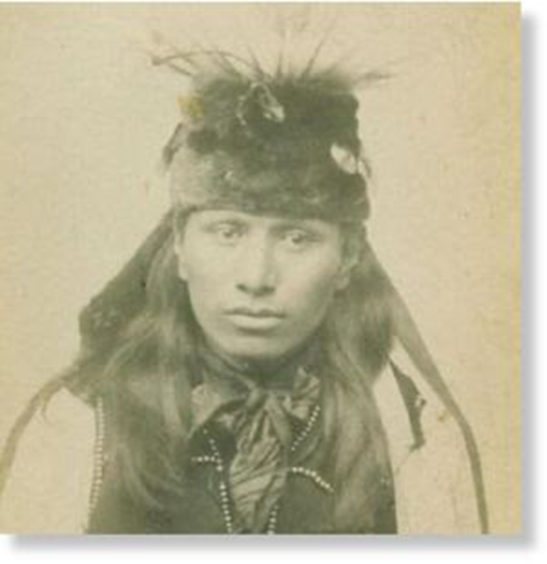 A well-known passage in the New Testament reports an incident that took place after the resurrection of Jesus (Luke 24:13-36).  The scene depicts two of his disciples walking on a road to the town of Emmaus.  On that road, they encounter their Risen Lord but do not recognize him until later on.  That passage came to mind when thinking of an event that took place last week in South Dakota where an American Indian’s cause for sainthood was initiated.

Other than fraternizing with Father Jim O’Brien at Wheeling Jesuit University, the closest I might ever come to sainthood is writing about it in the local newspaper, The Intelligencer.  There I recounted the interesting story of an 18th century Mohawk woman, Kateri Tekakwitha who was canonized a saint by the Catholic Church in 2012—the first American Indian to receive this honor.  At the time, based on my experience with different tribes, I mused that other Native people should also be so recognized.  This October has seen that reflection become reality.

The “Child Martyrs of Tlaxcala” (Cristobalito, Antonio, and Juan) — martyred between 1527 and 1529—were canonized October 15, 2017.  Many hope that these Mexican exemplars of faith will be joined by what are known as the “Martyrs of La Florida Missions.”  This latter cause will include a number of priests (one a fellow Jesuit) and 59 Apalachee Indians who were killed by Anglo American colonists and slavers who sought to destroy Florida’s Catholic missions in the early 18th century.

My more personal connection with this saint-making world of Catholic culture is an event that took place October 21, 2017, on the Pine Ridge Reservation.  On that day, Bishop Robert Gruss of Rapid City, South Dakota opened the cause of Nicholas Black Elk, a catechist (teacher of religion) of the Oglala Lakota who lived from 1865 to 1950.  It was his life that I described in two biographies, Black Elk: Holy Man of the Oglala, and Nicholas Black Elk: Medicine Man, Missionary, Mystic.  Since I am a Jesuit priest, it is natural that people assume my depiction of Black Elk as a saintly Catholic was what motivated me to write the two books. As the following will indicate, my motivation had entirely different roots.

The capstone of my graduate studies in anthropology was to write No More Screech Owl: Lakota Adaptation to Change as Profiled in the Life of Black Elk.  This was my doctoral thesis—published later as Holy Man of the Oglala. The dissertation sought to explain how the Lakota confronted and overcame a genocidal American policy that nearly annihilated them.

These publications reported my interest in traditional Lakota life, and how I had read Black Elk Speaks and The Sacred Pipe: Black Elk’s Account of the Seven Rites of the Oglala Sioux. Those books kindled within me a desire to find a descendant of the revered “holy-man.”  Perhaps I might meet someone who could tell me about arcane ceremonies, and who could recount tales of fighting Indian and cavalry foes. That was my motivation when accepting a teaching position at Pine Ridge’s Red Cloud Indian School.

Weaned on the early Black Elk books, I was like countless other readers who dreamily imagined the pristine American wilderness that was once home to his people.  His sense of the Sacred inspired me, and I hoped to gain access to his people’s religious traditions so that I might perhaps acquire that same sense.  Black Elk’s spirituality seemed to give him a resilience that enabled the holy-man (and his people) to somehow survive their bloody encounter with Western civilization.  As a college student, I thought that if only I could meet someone like Black Elk, or a relative who knew him well, my religious quest would reach its destination.

While teaching at Red Cloud Indian School, I was blest in befriending the holy-man’s daughter.  From her and others, I learned more about Black Elk than was addressed in the literature that made him famous.  I was as surprised as anyone when discovering that the venerable wisdom-keeper was a devout Catholic catechist whose commitment to the gospel elicited the respect of everyone who knew him.

This fuller story displaced stereotypes that previously formed my understanding of religion’s role within the contact period.  “Nicholas” Black Elk (named after St. Nicholas, on whose feast day he was baptized—December 6, 1904) was not a dispirited warrior pining for more battlefield victories such as Little Bighorn (at which he was a participant).  Nor was he a “medicine man” mourning the displacement of traditional rites by predatory missionaries.

As a college student, I found the man’s sanctity compelling—unaware that he had any interaction with Christianity or Jesuit priests.  In learning his entire life-story, I undertook the academic task of trying to explain his behavior.  Initially, I was not aware that his vision of the Sacred paralleled my own, but after learning that it did, my goal was not to evangelize but to provide an anthropological analysis of why he adopted the Christian worldview.  In the course of this effort, it never occurred to me that I would one day be associated with a movement to canonize the man.

Reflecting on that history, I sometimes think the benefit of this experience for me was not just in spelling out how Black Elk lived his life.  My involvement—that of a non-Indian seeking insight from a Lakota elder and now seeing that elder be considered for Catholic sainthood—is an example of how one can influence people without directly intending to do so.  Fortunately, my contribution to understanding Black Elk has benefited others and has been my own version of what was depicted in the film classic It’s a Wonderful Life (wherein the main character, George Bailey, learns that his life’s labors were not in vain).

I never imagined my search for religious knowledge would be the springboard for Black Elk’s canonization cause.  My experience was not that of being a visionary advocate but was like everyone else’s.  Sometimes knowingly and sometimes unknowingly, all people make their contribution to the world around them—thankful for the companionship of others, and able to smile in appreciation of a garden they planted, a child they bore, or a deed that made another person’s journey more tolerable.

Black Elk may or may not attain a sainthood that the Church formally acknowledges.  Whatever the outcome, his legacy remains that of someone who sought the Sacred in everyday life, and who inspired others (Indian and non-Indian) to do the same.  This is the Lakota-Christian identity that defined his life—an identity I encountered on Emmaus-like roads of the Pine Ridge Reservation.

An earlier version of this article was published in the Wheeling Intelligencer.