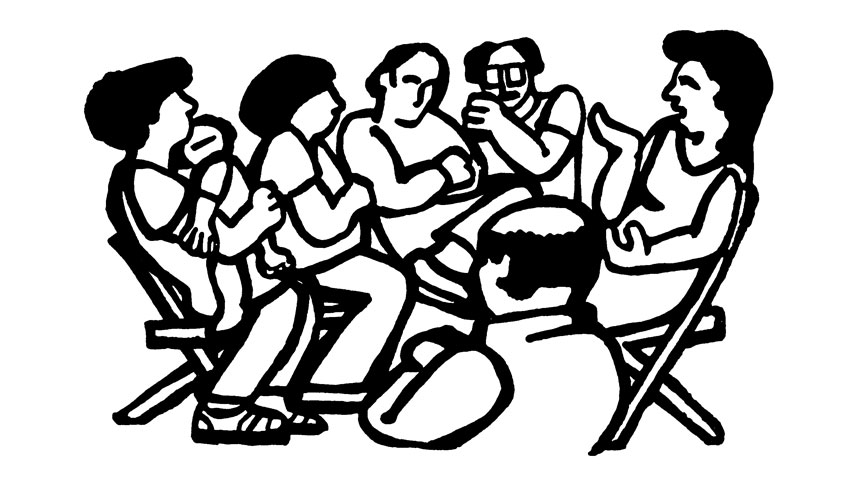 Recall the story of Jesus’s encounter with two disciples on the road to Emmaus (Luke 24:13-25). The passage is the Gospel reading for the third week of Easter, so you may have heard it read recently. You’ll remember the scene. Jesus, in resurrected incognito, comes along side two travelers on the seven-mile journey from Jerusalem to Emmaus and asks them, “What’s up?” “Are you the only one who doesn’t know what’s gone down in Jerusalem?” they respond. We can only speculate about the exchange that follows, though the Gospel writer tells us that they discussed what had gone down in the light of their people’s history, Moses and the prophets. They invite him to dinner and, in the breaking of the bread, they finally recognize him, at which point Jesus is out. Reflecting on their encounter the two wondered aloud, “were not our hearts burning within us while he was talking to us on the road?”

The meeting of Jesus with his disciples on the road to Emmaus is a prelude to the ascension, the culmination of Luke’s Gospel. It is striking that, though we could imagine Jesus taking a number of actions of power following his resurrection, he returns to a task he had performed countless times during his life: having a conversation, building a relationship and calling his friends into a new way of life.

Jesus was an organizer

Of course, Christians affirm that the Nazarene was and is much more than an organizer. Jesus is the Son of God, eternally begotten of the Father, God from God, Light from Light, true God from true God. But, as we affirm that Jesus was and is fully God and fully human, we should not be surprised that Jesus the Palestinian Jew from the backwaters of the Roman Empire was an organizer.

The foundation of any organizing effort is relationships. Politics is determined by the dynamics of power, and for those without money or status, power comes from relationships.

One of the primary ways that organizers build relational power is through one-to-one meetings. In the vernacular of broad-based community organizing, the one-to-one (sometimes called a relational meeting) is a specific, focused conversation that aims to build a “public relationship” through identification of shared interests.

As Michael Gecan, current co-director of the Industrial Areas Foundation, has argued, “the purpose of the [relational] meeting is not chit chat, whining, selling, gossip, sports talk, data collection, or therapy. The aim of the meeting is to initiate a public relationship with another person.”[1] The one-to-one establishes a public relationship by telling the other person that they are worth listening to, that the time spent together in mutual listening is important and that it can be oriented to public action together.

Ernesto Cortés, the IAF’s other co-director, has said that, “Properly conducted, these conversations help people get inside one another’s moral universe through sharing their stories and experiences, and by so doing, begin to develop political friendships, or philia.”[2] Political friendships or public relationships are neither merely utilitarian nor personal. Rather, they involve a dialogue about our deepest passions (interests) that locates those interests in our stories, biographical and communal. Public relationships are oriented toward identifying shared values in those stories and then acting on those values in concert with others.

Jesus as a practitioner of the one-to-one 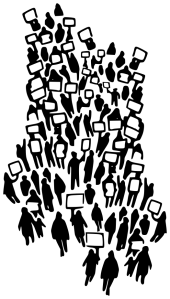 With only a wiff of anachronism in the assertion, I’d like to suggest that Jesus was a practitioner of the one-to-one. This, I would submit, is what transpired between Jesus and his disciples on the road to Emmaus. Not only there, however. A quick scan of the Gospels reveals numerous occasions where Jesus is shown engaging in dialogues with elites and poor, neighbor and enemy alike. From his youthful excursion in the temple (Luke 2:41-51), to his calling of the disciples (Matthew 4:18-22; Mark 3:13-19; Luke 5:27-32) it takes only a bit of speculative exegesis to imagine Jesus locating mutually shared interests through intentional, deliberative inquiry about personal and communal stories. This process seemed to be the very basis for developing a relationship with his interlocutors on the road to Emmaus.

In addition to the post-resurrection one-to-one with the two disciples (maybe it’s better called a one-to-two in this case), take Jesus’s encounter with the Samaritan woman at Jacob’s Well (John 4:7-42). Jesus goes to the well and, finding the woman there, asks her for a drink. The fact that she is gathering water in the heat of the day may suggest that the woman wasn’t welcomed at the community resource during other times. And furthermore, God from God and light from light, Jesus has placed himself in a relationship of dependence with a scorned woman by asking her to give something to him. Jesus and the woman skip the chitchat and drop right into a conversation of substance: who are you? What are you about? What are your deepest desires and motivations? The result of the brief but revealing encounter is that the woman leaves as Jesus’s first evangelist, “many Samaritans from that city believed in him because of the woman’s testimony” (John 4:39a).

No way forward but through relationships

So, how would Jesus organize? When we think of organizing sometimes we are tempted to think that taking on the ills of the world is like slaying a dragon: a mighty, noble and courageous act. Or, correlatively, in this digital and monetized age, we can imagine that if we click enough petitions, make enough donations or craft the cleverest tweet we will see the change we want. But, as Jesus reminds us, organizing always begins and ends relationally. There are no short cuts here, even for Jesus who is the Christ. As Jesus said to his disciples when sending them out, “A disciple is not above the teacher, nor a slave above the master” (Matthew 10:24). If Jesus organized through the hard, slow work of building relationships, maybe we should go and do likewise.

Kyle Lambelet will graduate later this month with a PhD in Theology and Peace Studies from the University of Notre Dame. His dissertation explores the lived theology and ethics of non-violence through an extended case study of the School of the Americas Watch. He will be teaching next year as a postdoctoral fellow at Candler School of Theology at Emory University.