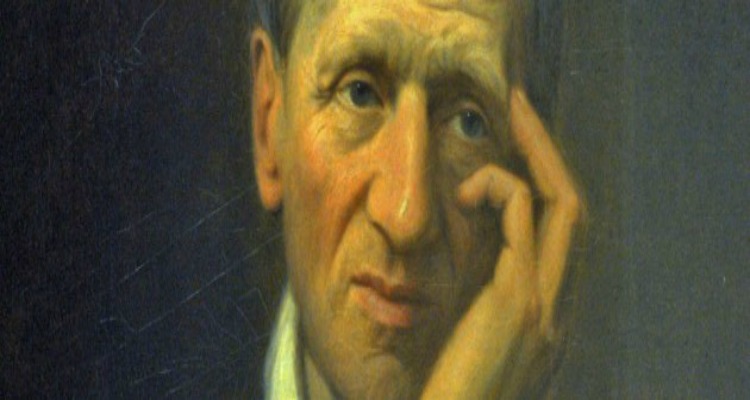 Although the Church does not change Her teachings, it has been recognized since at least the fifth century with Vincent of Lérins’ Commonitorium that doctrine does “develop” over time. The fullest exposition of this idea comes from Blessed John Henry Newman’s (1801-90) An Essay on the Development of Doctrine.

I would like to review Newman’s (dense) description of development because I believe that we, the Church, do not turn to him often enough in our navigation of the doctrinal challenges we face today, and that what he offers is an excellent guide pointing the way through the turbulent waters.

Newman draws a distinction between “development” and “change,” or what he calls “corruption.” He defines an authentic development as the “germination and maturation of some truth or apparent truth on a large mental field” (1.1.5.). For example, the seed form of the doctrine of the Trinity may be seen in Scripture (“the Father and I are one” (John 10:30)), but it isn’t until the fourth century at the Council of Nicea (325) that a nuanced articulation is attempted, such that we now say that the persons of the Trinity are “consubstantial” (homoousios).

A corruption, on the other hand, is “the breaking up of life preparatory to its termination. This resolution of a body into its component parts is the stage before its dissolution; it begins when life has reached its perfection, and it is the sequel, or rather the continuation, of that process towards perfection, being at the same time the reversal and undoing of what went before” (5.3.). For example, Newman saw the fourth century Arians, who did not believe that the persons of the Trinity are consubstantial, as offering a corruption when they introduced the idea that the Logos is part of God’s creation and, as Arius famously said, “there was a time when the Logos was not,” which stands in contrast to John’s claim that “In the beginning was the Logos and the Logos was with God, and the Logos was God” (1:1).

How can we know what is a development and what is a corruption? In order to determine the difference between the two, Newman offers seven “Notes,” or litmus tests, that may be applied to any doctrine.

First Note of a Genuine Development: Preservation of Type

Newman defines this first note: “all great ideas are found, as time goes on, to involve much which was not seen at first to belong to them, and have developments, that is, enlargements, applications, uses and fortunes, very various, one security against error and perversion in the process is the maintenance of the original type which the idea presented to the world at its origin, amid and through all its apparent changes and vicissitudes from first to last” (6.intro). In order to illustrate this point, Newman offers an example: “the adult animal has the same make as it had on its birth; young birds do not grow into fishes” (5.1.1).

Second Note of a Genuine Development: Continuity of Principles

Third Note of a Genuine Development: Power of Assimilation

Newman defines this third note: “doctrines and views which relate to [humans] are not placed in a void, but in the crowded world, and make way for themselves by interpenetration, and develop by absorption. Facts and opinions, which have hitherto been regarded in other relations and grouped round other centres, henceforth are gradually attracted to a new influence and subjected to a new sovereign. They are modified, laid down afresh, thrust aside, as the case may be. A new element of order and composition has come among them; and its life is proved by this capacity of expansion, without disarrangement or dissolution. An eclectic, conservative, assimilating, healing, moulding process, a unitive power, is of the essence” (5.3.1). In other words, the Church may absorb or appropriate from the culture around it that which is healthy and compatible with the gospel, but hold off that which is not.

Newman defines this fourth note: “each argument is brought for an immediate purpose; minds develop step by step; without looking behind them or anticipating their goal, and without either intention or promising of forming a system. Afterwards, however, this logical character which the whole wears becomes a test that the process has been a true development, not a perversion or corruption, from its evident naturalness; and in some cases from the gravity, distinctness, precision, and majesty of its advance, and the harmony of its proportions, like the tall growth, and graceful branching, and rich foliage, of some vegetable production” (5.4.1.). In other words, any authentic development must be a consequence of an earlier, orderly sequence that logically flows into the conclusion. Newman offers the example that penance and purgatory are logical sequences following from baptismal cleansing (9.1-4). If (A) baptism washes away sin, and (B) infant baptism has become the norm, but (C) we still sin after our baptisms and are therefore in need of forgiveness, then (D) it is perfectly logical that the sacrament of reconciliation and purgatory have developed from the earlier claims.

Fifth Note of a Genuine Development: Anticipation of Its Future

Newman defines this fifth note: “since, when an idea is living, that is, influential and effective, it is sure to develop according to its own nature, and the tendencies, which are carried out on the long run, may under favourable circumstances show themselves early as well as late, and logic is the same in all ages, instances of a development which is to come, though vague and isolated, may occur from the very first, though a lapse of time be necessary to bring them to perfection. And since developments are in great measure only aspects of the idea from which they proceed, and all of them are natural consequences of it, it is often a matter of accident in what order they are carried out in individual minds; and it is in no wise strange that here and there definite specimens of advanced teaching should very early occur, which in the historical course are not found till a late date. The fact, then, of such early or recurring intimations of tendencies which afterwards are fully realized is a sort of evidence that those later and more systematic fulfillments are only in accordance with the original idea” (5.5.1). In other words, any later developed doctrine may be seen, in its infancy, from the very beginning and its development may be anticipated. For example, one may see the outlines of the features of a baby’s face in the first months that are only developed later into adulthood.

Sixth Note of a Genuine Development: Conservative Action Upon Its Past

Newman defines this sixth note: “as developments which are preceded by definite indications have a fair presumption in their favour, so those which do but contradict and reverse the course of doctrine which has been developed before them, and out of which they spring, are certainly corrupt; for a corruption is a development in that very stage in which it ceases to illustrate, and begins to disturb, the acquisitions gained in its previous history” (5.6.1.). In other words, an authentic development will retain that which came before, while a corruption reverses or removes that which came before.

Newman defines this seventh note: “since the corruption of an idea, as far as the appearance goes, is a sort of accident or affection of its development, being the end of a course, and a transition state leading to a crisis, it is, as has been observed above, a brief and rapid process. While ideas live in men’s minds, they are ever enlarging into fuller development; they will not be stationary in their corruption any more than before it; and dissolution is that further state to which corruption tends. Corruption cannot, therefore, be of long standing; and thus duration is another test of a faithful development…The course of heresies is always short” (5.7.1-2.). In other words, Newman believes that any authentic development, by its very nature, robustly will endure, rather than wither away in short order.

How can we, the Body of Christ, constructively apply these seven Notes to the canon of issues in order to gain a clearer vision of the path forward when addressing the doctrinal crises of our day?

Stuart Squires, Ph.D. is an Assistant Professor of Theology at Brescia University.