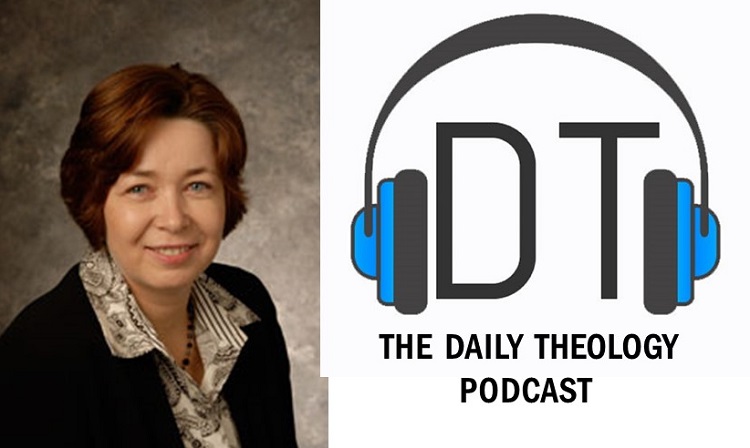 Welcome to episode 24 of the Daily Theology Podcast! In continuation of his Dallas trip, Mike Avery interviews Dr. Susanne Scholz of Southern Methodist university. The conversation starts with a discussion of Scholz’s influential gymnasium teacher and her later run-in with starchy conservative professors in graduate school. The interview then takes on such topics as rape in the Hebrew Bible, feminist hermeneutics and Grimm’s Fairytales. To end, Dr. Scholz reveals her love for Star Trek and confesses to being a Trekkie.

Dr. Susanne Scholz is Professor of Old Testament at Perkins School of Theology at Southern Methodist University. She earned her M.Phil, S.T.M., and Ph.D. degrees from Union Theological Seminary in New York and and M.Div equivalent degree from the University of Heidelberg. Her research focuses on feminist interpretations of scripture and violence, especially against women, in religious texts. She is the author of numerous books, including Rape Plots: A Feminist Cultural Study of Genesis 34 (Peter Lang, 2002), Biblical Studies Alternatively: An Introductory Reader (Pearson, 2002), Introducing the Women’s Hebrew Bible (Introductions in Feminist Theology) (Bloomsbury, 2007), and Sacred Witness: Rape in the Hebrew Bible (Fortress Press, 2010). She has also edited or co-edited God Loves Diversity and Justice: Progressive Scholars Speak about Faith, Politics, and the World (Lexington Books, 2013), Feminist Interpretation of the Hebrew Bible in Retrospect. I. Biblical Books (Sheffield Phoenix Press, 2013), Feminist Interpretation of the Hebrew Bible in Retrospect. II. Social Locations (Sheffield Phoenix Press, 2013), Hidden Truths from Eden: Esoteric Readings of Genesis 13 (Semeia Studies) (SBL Press, 2014), and La Violencia and the Hebrew Bible: The Politics and Histories of Biblical Hermeneutics on the American Continent (Semeia Studies) (SBL Presss, 2016).