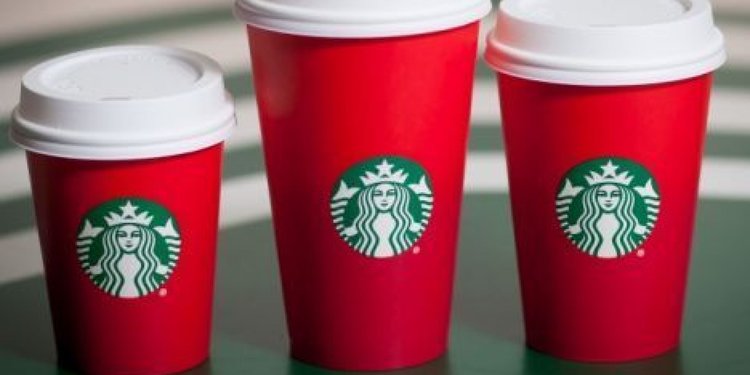 10. By buying bagels and oatmeal from Starbucks and giving it to the hungry

9. By getting coffee and tea for the thirsty at the homeless shelter

8. By giving blankets, hats, gloves, jackets, and (especially) clean socks to the homeless who suffer from colder temperatures

7. By volunteering at a shelter, or maybe even inviting into one’s home those with nowhere to go

6. By bringing toys to children in hospitals or visiting and being present to those in hospice care

5. By sending Christmas cards to those in prison, or maybe even going further to visit with them

4. By volunteering to be a pallbearer for those who have no one to bury them

3. By being in solidarity with actual victims of religious persecution (maybe in Syria?) rather than those who think a coffee chain getting rid of snowflakes and trees from its seasonal cups is declaring war on their beliefs

2. By reminding others that it’s not even Advent yet, so tricking baristas into yelling “Merry Christmas” before December 25th is liturgically improper

1. By not letting corporate advertising define his faith

UPDATE: From my friend Michelle:

11. By bringing your own reusable mug emblazoned with the good tidings of your choice