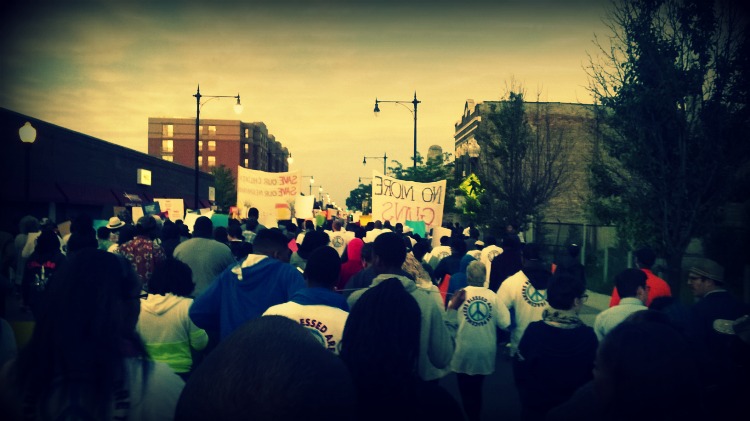 June 24, The Nativity of John the Baptist

Her neighbors and relatives tried to play it cool when they found out she had her baby. They gathered around when it was time for his naming ceremony attempting to contain their pushy enthusiasm. They whispered, “there’s little Zechariah!” “Look, how cute is Zechariah Junior?” “We’ll call him Zak for short!” “He even looks like a Zechariah!”

The whispers and the convention of it all throbbed in her ears throughout the ceremony while her husband stood there, mute. So when the time came to name him, she spoke out. “Zechariah!?” They forced.

“No. He will be called John.” She was the first to say the dream out loud. In naming him, she took a stand against the conventional ways of provincial Judean life (1). Somehow, she could see beyond the day to day “it is what it is” mentality to something new, bold, even crazy, but transformative.

Whispers became rants. The neighbors and relatives were not having it. The tension mounted and they would not listen to Elizabeth. She nudged her husband, tilting her head and pointing her eyebrows at the group of nay-sayers. He scribbled something down and held it up. John is his name. Some gasped, some threw their hands in the air and walked away. But as he held up the sign, he was freed from his silence and spoke out too, thanking God for liberating him from a muted voice. (2)

Naming John created disconcerted murmurs all throughout the countryside. But Elizabeth and Zechariah trusted in the vision.

Fast forward a few thousand years and swing the globe around to present day North America. About two thousand people gather on the last day of school in Chicago’s Auburn Gresham neighborhood in front of St. Sabina’s church to declare a summer of peace (3).

Brave Elizabeths name the children they have lost to gun violence, over one hundred this past school year under the age of twenty-one. This time, neighbors and relatives are shouting the names in unison. The vision has spread. It has become the dream of many.

Numerous Zechariahs hold up signs calling for a different way. Instead of dispersing, the relatives and neighbors and all of the Elizabeths and Zecheriahs march together a 5 mile journey to spread the vision. Liberation comes from shouting the vision together:

Put the guns down,

This is our neighborhood!

Put the guns down,

This is our neighborhood!

You are important to me, I love you. I need you to survive.

And trusting the vision. The vision of John the Baptist who spent his life’s work preparing the way for the Lord of Peace (4).

(1) The naming of John was another example of how the life of faith is consistently counter-cultural: “The entire episode reminds us of a situation in which many faithful believers often stand. They are called to do the unexpected, and perhaps the culturally unacceptable. The pressures of friends and neighbors—which in Elizabeth’s and Zechariah’s case also represents all kinds of cultural and traditional pressures—conflicts with what they know to be the will of God.” Gonzalez, Justo L. Louisville, KY:Westminster John Knox Press, 2010, p. 28.

(3) My Hope House Community and I attended the annual end of school peace march sponsored by the St. Sabina faith community in which the community declares a summer of peace. Each subsequent Friday, a peace march is held throughout the rest of the summer. This particular peace march featured Spike Lee, Jennifer Hudson, and John Cusak who spoke at the rally before the march, and participated in the march as well!

(4) “Thus John’s role in preparing the people for ‘restoration’ involves the forgiveness of sins rather than the rallying of troops. Likewise the Messiah’s role is not one of violent revolt but rather of leading the people ‘in the path of peace.’” Johnson, Luke Timothy. The Gospel of Luke. Collegeville, MN:1991, p. 48.