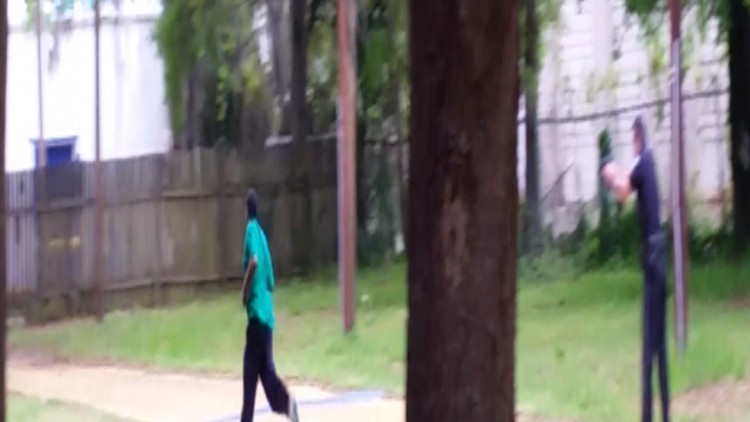 On April 4, 2015, a man named Walter Scott was shot and killed by a police officer. This act of murder was caught on video by a cell-phone wielding bystander. This video, and this video alone, caused the arrest of now-former police officer Michael Slager, who is being charged with murder in the state of North Carolina.

As the news of Scott’s death and the damning video went viral, calls rose for police to start wearing “body-mounted cameras.”  Indeed, Mayor Keith Summary of North Charleston, SC, (where Scott was killed) has mandated that every police officer in the city be fitted with such a device in response to the tragedy.

This laudable action follows an already growing trend within police departments in the US.  Scientific studies on the effect of body-cameras over the past few years have consistently shown that having such cameras present significantly reduces use-of-force incidents as well as the civilian complaints against police officers, to the tune of a 60-75% decrease in both over the course of a year.

“Everyone is on their best behavior when the cameras are running.  The officers, the public–everyone.”  – Ron Miller, Chief of Police, Topeka, KS.
“Implementing a Body-Worn Camera Program,” US Department of Justice, Police Executive Research Forum.

Miller’s statement seems to be supported wholeheartedly by the evidence at hand.  There are concerns about proper storage of the data, of course, as well as the quality and reliability of the equipment, but these concerns are natural for the deployment of new technology.

Look at it this way:  the intrinsic goal of any technology is to advance the central goals of the persons using such technology.  Writers use word processors instead of typewriters, typically, because writing is easier.  Musicians use electronic amplification because they can be heard by more people.  Much of the medical profession in the West is built off the employment of technology for better health and recovery.   The central goal of any police force should be to serve and protect the citizens.  If body-mounted cameras are shown to significantly reduce both the use-of-force as well as civilian complaints, is not this enough for the adaptation of the new technology?  There is always debate about the extent to which technology can be responsibly employed.  Body-worn cameras should no longer be a part of that debate.

Not everyone agrees, of course.  Body-worn cameras seem reasonable enough, but they are, without question, a technology that supports the rights of the powerless and innocent.  Police officers wrongly accused of battery; people, like Walter Scott, murdered in cold blood while running away from the cops.   People, perhaps, like Michael Brown of Ferguson and Anthony Hill of Atlanta, who were both unarmed and yet shot by police officers.

Videos do not always help, of course.  The thousands who marched for justice for Eric Garner’s repeated lamentations of “I Can’t Breathe,” lamentations which not only resulted in his death, but also in the acquittal of his murderers, can attest to that.

They will also not stop people from being stopped when they’re “Walking While Black” or “Driving While Black”–dashboard cams are present on many police cars, and these incidents still occur all the time…even to Roman Catholic Bishops.

Despite this lack of perfection, body-mounted cameras will help a lot of people.  Additionally, as a technology that seeks to even the playing field, these cameras will hurt those who have previously been shown leniency by the police.  Historically, the people that fall into this category are white, wealthy, and male.  So when David Brooks, that well-known NY Times Op-Ed writer, laments that body-worn cameras will degrade the inherent sacredness of privacy that constructs a good society, I get suspicious.

In “The Lost Language of Privacy,” an op-ed posted just days after the Walter Scott murder, Brooks starts by agreeing that cops should be required to wear body-mounted cameras.  There are three reasons for this:

First, there have been too many cases in which police officers have abused their authority and then covered it up. Second, it seems probable that cops would be less likely to abuse their authority if they were being tracked. Third, human memory is an unreliable faculty. We might be able to reduce the number of wrongful convictions and acquittals if we have cameras recording more events.

(Brooks would have done well to read the DoJ’s report before writing this. It was really, really easy to find…..Anyways…)

Brooks laments this capitulation.  He doesn’t want police to wear cameras.   He finds it detrimental to the “basic needs of privacy” in any society.  What are these needs?

1. Interior Privacy, those inward thoughts that only you know.

2. Close-relationship privacy, those people with whom you can be “truly yourself.”

3. Community-privacy, where a community can develop in a slightly sheltered but closely knit way apart from the world.

Body-worn cameras, he writes, infringe upon each concentric circle.

At the community level, body-cams mean that an officer “is less likely to cut you some slack, less likely to not write that ticket, or to bend the regulations a little as a sign of mutual care.”  In short, they mean that an officer’s relationship with the community will be “less communal” and “more transactional.”  At the familial level, body-cams will record “embarassing things” that occur on the “worst day of their lives” as a family, and cameras make it less likely that people will lean on officers for support.  Finally, “cop-cams insult individual dignity because the embarrassing things recorded by them will inevitably get swapped around….The rules designed to keep the videos out of public view will inevitably be eroded and bent.”

In short, he writes, we need body cams, but they “strike a blow against relationships.  Society will be more open and transparent, but less humane and trusting.”

You can almost imagine the upper-middle-class home where each of the two children has their own room and plenty of space for their own fragile inner development.  Their supportive parents send them to good, rigorous schools, where these two children develop close bonds with a few people, thus creating a circle of intimacy where each person can “truly be themselves.”  The entire family is a part of a strong local and educational community where personal ambition is fostered, the fragility of spirit is honored, and giving back to the community is treasured. Money, of course, is never an object of stress.

Every now and then in this community, something horrible happens, and the police must be called.  The cops, who are far more likely to be neighbors and friends, are there for support as much as for taking away the bad seeds.  In this instance, in Brooks’ world, body-worn cameras do indeed seem ridiculous as well as a waste a money.

Brooks’ error is what I would refer to as the “problem of the privileged subject.”  This idyllic image is not America.  It is a small snippet of America, perhaps, with plenty of money and plenty of power.  But by generalizing this idyllic, privileged subject onto the rest of the country, Brooks errs in a most degrading form.  He assumes that people not only want this idyllic lifestyle, but that they are meant to live it.  He writes about “us” while so obviously assuming “us” to be privileged, wealthy, and likely white.  Maybe Protestant too.

It’s a common mistake. The entire country is built off the problem of the privileged subject. 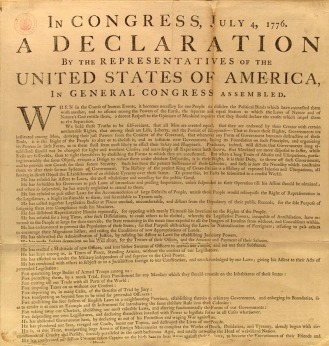 “We hold these truths to be self-evident, that all men are created equal.[1]”

That footnote is really hard to see.  You can understand why many people miss it.  It reads: All men except ones from Africa, and their children, and their children’s children, who will all be slaves.  All men except those indigenous to the soil we call America, whose only value is to give us more land and show us how to plant.  And women?  Well, women only have value through the men around them, so their value is related to the value of the males in their life.  It’s less than the men’s value, naturally, since women are less intelligent and weaker, but there’s some value there.  Children?  Orientals?  Prisoners?  Well…..

The footnote rambles on for a while…can’t be too careful!

In a brilliant address to the Catholic Theological Society of America in 1998, theologian Shawn Copeland argued directly against this kind of privileged subject in theology.  Contemporary theology still largely depends upon the point of view of the privileged subject for theological reflection.  Through whose eyes do we envision God?  Without considering the subject of our theology, she argues, we can’t possibly hope to find the true Christian discipleship found in scripture.   We should not take as “default” the point of view of white, male, Western-European theological scholarship.  Such scholarship is not invalid, but it is not the only source of theological reflection left in the world.

But don’t we need a frame of reference?  Won’t everything become relativistic?

Copeland finds no problem, generally, with having subjects.  Indeed, her own theological writing is closely tied to two men who are from the Western-European theological tradition: Bernard Lonergan and Johannes Baptist Metz.  The problem lay not in the idea of a subject, but in the problem of the privileged subject.

Copeland calls on theologians to philosophically privilege the poor, broken, woman of color instead of the wealthy, white, male, because such an act is the only way to make Christian the debt that was given to us by our Western European philosophical ancestors.

Brooks, clearly, does not privilege the least.  Brooks privileges those who have historically gotten off the hook: with body-cams, police are “less likely to cut you some slack, less likely to not write that ticket, or to bend the regulations a little as a sign of mutual care.”  These experiences are few and far between if you fall into many of the less-privileged classes in contemporary American society.

Body-mounted cameras are not a perfect solution–they will not erase racism from society, nor will they necessarily make people kinder and more compassionate.  They have, however, been shown to significantly reduce violence and protect the innocent–cops and civilians alike.  When it comes to privileging the least, isn’t that enough evidence to give them full, unabashed support in every police force around the country?