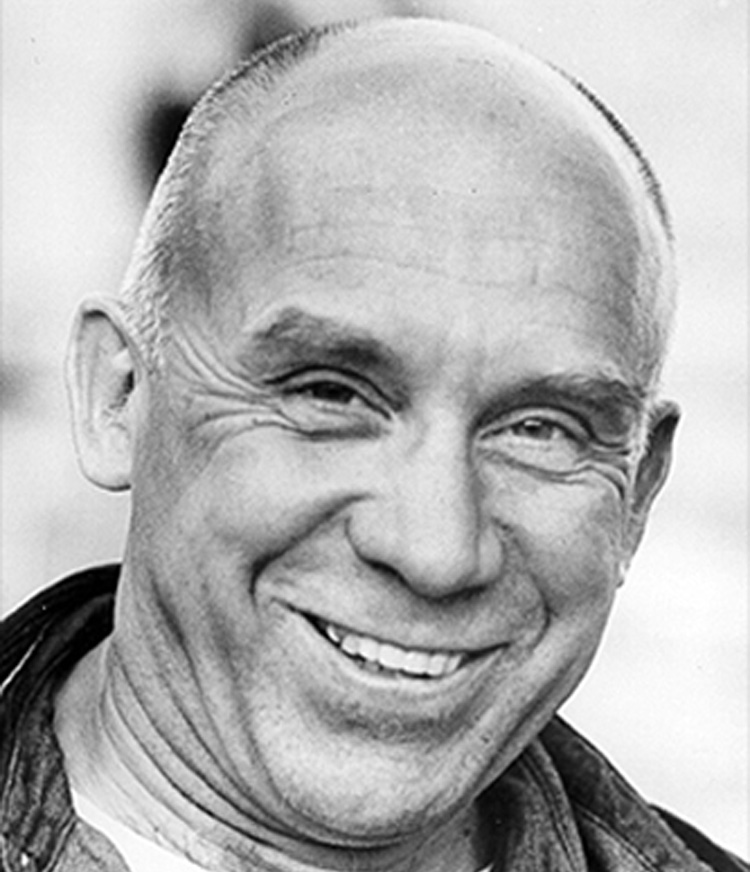 “On the last day of January 1915, under the sign of the Water Bearer, in a year of a great war, and down in the shadow of some French mountains on the borders of Spain, I came into the world.” With these words, in the opening line of his best-selling autobiography, The Seven Storey Mountain

, Thomas Merton introduced himself to the reading world in 1948. On this one hundredth anniversary of this birth, I have to take stock of the ways in which his life has touched my own, and those of several of my friends, all of whom were born after his death. His was the spiritual legacy of the journal-writer, the person whose own life was the only conceivable laboratory for Christian spirituality, and whose gift for words allowed him to share that experience with others, free to be taken for their own use.

I found myself frustrated with the dismissive words of a few bishops I heard in recent years, who spoke of Merton as someone passé: a kind of Catholic Timothy Leary who enjoyed a brief vogue in the 1960s, but who was receding into an inevitable (and probably well-deserved) obscurity. His voice, it was alleged, was now dated, and was not compelling to young Catholics who were serious about their faith. This was not at all my experience.

My own introduction to the man was admittedly unusual. As a Master’s student at Notre Dame in 1995, Professor Lawrence Cunningham hired me as a research assistant. He had been working for two years to prepare for publication the third volume of Merton’s private journals, covering 1952-60, which was released as A Search for Solitude: Pursuing the Monk’s True Life

. “Edit these again,” he told me, handing over a large binder: “I’ve been looking at this for so long, that I can’t see the mistakes anymore.” And so, with a pen and a set of post-it notes, I began a long search through the typescript, comparing it to my parallel photocopies of the manuscript, looking for typos and mistakes, and quickly coming to conceive a special hatred for Merton’s terrible triangular handwriting.

But what an introduction! This reading of Merton’s unedited thoughts was an astonishing experience. I quickly read The Seven Storey Mountain

to get my bearings, and then the detailed authorized biography, Seven Mountains of Thomas Merton

, by Michael Mott. I was floored when I encountered the sudden transformation in the man, coming to a gap in the journals from March 1953 to July 1956. It seemed that in the turn of a page, I left behind the thoughts of a compelling, but conventional, Catholic monk writing compellingly on conventional monastic topics. Instead, I now found a monk who had somehow become convinced that monasticism offered not a retreat from the world, but a voice that was capable of offering grace to the world. And this was no vision of the world as seen only through the blinders of the established and safe categories of traditional Catholic spirituality: Merton thought Catholic monasticism could offer something to the world in all its terrors and complexities – a world of nuclear weapons, Cold War, racial injustice, social inequalities, ecumenism, other religions, and the torpor of unprecedented prosperity. I walked around and around the lakes at Notre Dame, reading and making notes, and shaking my head at Merton’s raw words, as they ran hot and cold, adamant and second-guessing, while he sorted out his thoughts, and found words worth publishing.

The same semester I had developed a strong new friendship with a senior named Erik, who happened to be writing his senior thesis on the True Self and the False Self in Merton. Debating different things we could do for the Fall Break, we decided to head down to the Abbey of Gethsemani, Merton’s monastery in Kentucky, where Erik could further some of his research. There he introduced me to the monk and choirmaster Chrysogonus Waddell, a composer whose music we were singing in the Notre Dame Folk Choir, and an old friend of Merton’s, who became a new friend of mine. We met with another monk, Patrick Hart, who had served as Merton’s secretary late in Merton’s life. We were given access to the monks’ private library, where I was able to backtrack volumes in the collection that featured margin notes in Merton’s damnable triangular script, letting me follow up on aspects of his own reading and study. Reading and eating in sight of Merton’s grave, I was struck by the power that this new acquaintance – a man I had only met in print – had displayed: he had already provoked me into something close to pilgrimage, drawing me into a circle of others who had had their lives altered by his own life of liturgy, prayer, and conversation.

And the circle grew. As I grew more familiar with Merton, so I discovered a wider network of friends at Notre Dame who already knew him well. His investigations would be invoked as people debated matters as diverse as a proper Christian relation to Eastern spiritualities, or the Christian’s responsibilities for peace in a world with an industrial military. Works that had gone unpublished for reasons of monastic politics or legal ambiguity were surreptitiously copied and passed among friends, such as Peace in the Post-Christian Era

or The Inner Experience: Notes on Contemplation

. (Both of which are now available.) After becoming a teacher of Catholic theology, I had high school seniors begin to appear around me, seeking out extra work on Merton: one writing about Merton on social justice, another on the role of friendship in religious conversion, another trying to extrapolate the direction Merton’s thought would have taken on contemporary technology, based upon comments in The Inner Experience

This was hardly the draw of a writer whose time had passed. Certainly there were aspects of his work that could be called “dated,” but only in the sense that they were particular to a time and place, rather than the more damning sense of the word, of his work as a whole being unable to speak beyond its time. Merton himself was horribly embarrassed by some of the blatant immaturity of The Seven Storey Mountain

, such as its aping of the dismissive comments made about Protestants by Catholics at the time. That Merton could outgrow himself was not the mark of a wandering soul, as has been alleged by those perhaps in danger of mistaking platitudes for certainties, but was instead the mark of someone who could dare to trust God over himself. So he could writhe in retrospective embarrassment at finding himself in the absurd position of being a monk and hermit who had fallen in love with his nurse at the hospital, but grateful to discover that he had become someone capable of love in a way that he had not been as a younger and secular man. He could welcome the changes that the Second Vatican Council brought to the liturgy, even though he was, as Chrysogonus told me, rather liturgically conservative himself, preferring the Latin liturgy, and leaving on his fatal trip to Asia with a number of saints’ relics to use for his liturgies while traveling. He could, like Thomas Aquinas, look for wisdom beyond the boundaries of Christianity, confident that there is only one source of holy wisdom, Hagia Sophia, and that nothing was to be gained by denying this.

He’s a hundred years old today, but shows every sign of continuing to speak, like the saints, forever young. 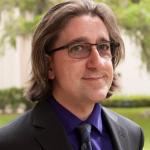 Michael Anthony Novak is an Assistant Professor of Philosophy, Theology, and Religious Studies at Saint Leo University outside of Tampa, FL. His dissertation was on an emergent ecclesiology of charisms in the theology of Francis A. Sullivan, S.J. His interests include Trinity, grace, ecclesiology, and the history of Christianity and Christian thought. He is an occasional singer/songwriter, an enthusiastic uncle, and appears to be incapable of outgrowing his love for DC Comics.