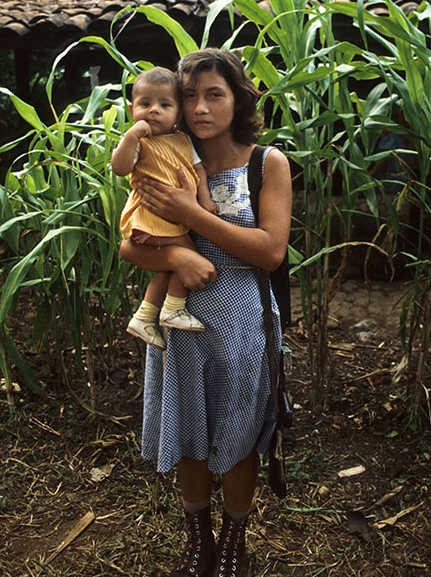 The season of Advent, that perennial season of waiting, is a time for hope.  From the hope-filled readings of Isaiah that demarcate our liturgies and remind us that when all is said and done, all shall be well, to the darkness of the winter solstice that slowly gives way to more light every day, Advent overflows with hope.

And then, the day arrives, and year after year we celebrate the birth of the Messiah and touch that trans-historical reality that forever changed the cosmos, and we proclaim our faith in the Light, we pray for peace, we attempt to let go of our despair, but still, darkness continues.

The rituals, the prayers, the celebrations of these holy days are meant to interrupt “the ways things are” in order to call us back to that holy imagination of the way things can be—the kingdom of God, of Justice, of mercy, of love, of peace.  Yet, always caught between the “already and the not yet,” our hope exists in the midst of darkness—and light.

During these holy days, my sense of darkness and hope has been heightened by the recent release of 5,000+ unedited photographs from the Salvadoran civil war—images that provide raw glimpses into the sorrows and muted joys of a people, my people, whose hope for peace and justice continues to this day.

The images were released by the online newspaper, El Faro, and were the gift of Italian photographer Giovanni Palazzo who spent years in El Salvador capturing images of daily life during the war.  A particular set of images—that of children in war—continue to remind me of that paradox between life and death, between the hope that a newborn child brings to the world, and the despair that constantly threatens new life.

Giovanni Palazzo’s images portray children barely able to lift their rifles, and yet, already trained in the methods of death and killing.  Image after image contains weapons of war, carried by boys and girls, and in some images, young mothers hold their children in one arm and a rifle in the other.  Life and death, light and darkness, held together.

From time to time I think of the fact that while my mother was rejoicing in the birth of her newborn in December of 1981 in Chalatenango, El Salvador, mothers and their children in the remote mountain village of El Mozote, El Salvador, were beginning their last day before the horrific slaughter that would wipe out a whole town of about 1,000 people—hundreds of them children.  Those intensely dark days of December 1981 have become for Salvadorans a powerful symbol of sorrow and hope, for in the midst of enormous loss, there is perhaps only hope that remains, a costly hope that is the fruit of much suffering.

I remember when as a boy of about six I would go down to the town plaza and caress the rifles of the military or of the guerrillas, depending on who happened to control our town at that time.  Their rifles were cold and heavy, but inspired awe and wonder.  My friends and I from the mountains of El Salvador were born into a society where rifles were more common than toys, and thus in one sense, real rifles became our toys.

Every Christmas, as we ignited hundreds of firecrackers to mark the Holy Day, the shooting between the Guerrillas and the military became one with the celebrations of the birth of Christ, a holy confusion of sound, a cacophony that sang for joy and sorrow together, the human intermingled with the divine.  The light of the firecrackers and the bullets, in a village that did not yet have electricity, truly danced with the Light being celebrated.  The coming of Christ always happens in the midst of our darkness, and as we know, the darkness does not overcome it (John 1:5).  Yet, darkness remains.

In El Salvador, the darkness of the war finished decades ago, but along with Honduras and Belize the region is now considered the most violent (per homicide) region in the world.  For every young mother in Central America who during these days births forth new life in a newborn child, the question of life and death is ever present.  In Spanish to give birth is to “dar luz”—“to give light,” and like Mary of Nazareth, their yes to life and light is fraught with a joyful sorrow of the cross that is always on the horizon, casting its shadow upon every newborn.

Christ the Light born into the darkness of this world recalls for us that yes, the darkness continues, sorrow and suffering exist, oppression and poverty remain, violence and hatred are alive and well, but the darkness will not overcome the One in whom we rejoice.

Many of the recently released photographs from the Salvadoran civil war do portray the death and suffering of a people, but they also portray the genuine smiles of children, even while holding instruments of death.

Hope in the midst of darkness, glimpses of infinite Light present in finite darkness—this is the message we remember and the One whom we encounter in Christmas.  May we continue to birth forth (“dar luz”) the One whose light pierces the darkness of the world.

Leo Guardado is a Ph.D. student in Theology and Peace Studies at the University of Notre Dame.