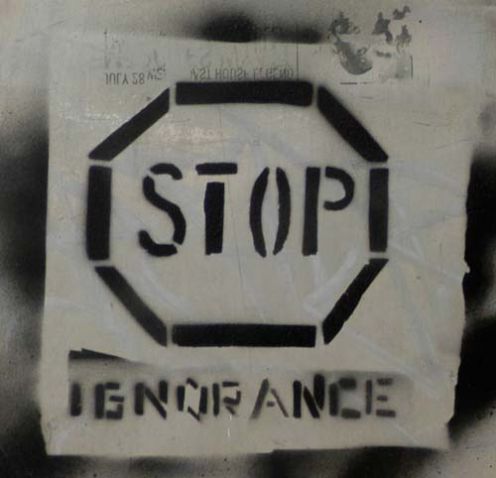 This could have been a teaching moment about the “catholicity” of the church and the call of Pope Francis to build a world of solidarity and justice. Instead, it betrays a deadly combination of fear, ignorance, and racism. Instead of bringing out our best, the Ebola crisis is bringing out our worst.

Susan Sherman, a teacher in St. Margaret Mary’s school in Louisville, KY has resigned amidst irrational fears that she might bring Ebola to the school. Why were parents and others afraid she might be carrying this deadly disease? What forced the school to ask her to take a paid “precautionary leave of absence of 21 days”?

Did she go to Sierra Leone, Liberia or one of the other countries impacted by the disease? NO

Did she travel on a plane with people infected? NO

Does she have any medically or scientifically verified risk of having this terrible disease and passing it on to others? NO

What did she do to be labeled as a possible Ebola carrier (a modern day “unclean” outcast)? She went on a mission-trip to Kenya with a Christian relief organization. To Kenya!

Let us be clear. Kenya has had no reported cases of Ebola. Kenya does not border any of the countries with the present outbreak. But Kenya is in Africa and scared Americans seemingly cannot digest science or geography. Instead of standing up to irrational fears, the Archdiocese of Louisville (and St. Margaret Mary school) acquiesced to this madness, which only gives credence to fears, ignorance, and hate. Where would Jesus stand?

This is not an isolated incident. Children and people of African decent across the country have been marginalized and mistreated — against all scientific reasoning. In response to this madness, Anthony England has developed a map to highlight the reality of African geography to Americans.

Is it is racism?
According to Catholic teaching, racism is both a structural sin and an evil that remains present in our society. The main links between Kenya and the countries impacted by Ebola is that they are in Africa–a continent whose people have long suffered from the fear mongering, pseudo-science, and sinful discrimination. If racism involves, as the US Bishops write, giving into irrational fears based on prejudice and hate, then this is racism. We are marginalizing an entire continent based on fear. Fear, selfishness and irrational ways of thinking are the fertile seedbed for racism and hate.

Consider this. If the teacher went to Spain, would she have been asked to resign? What if she went to Rome? Or what about Paris, which likely has more people from West Africa than Nairobi.

Would the Archbishop of Louisville  be asked to take a 21 Day precautionary leave of absence when he comes back from Rome? Perhaps, we should cancel the pope’s visit next year?

The media (ratings-driven) culture of fear must end here and now. What if instead of irrationally freaking out about Ebola here (against science and reason), we spent our time, energy, and media attention on the tens of thousands of people who are actually in danger. What if instead of focusing only on our own selves, we joined forces to ensure that people in West Africa (nowhere near Kenya) had the access to the same medical care that is available here in the United States? How can we proclaim and teach Christ when we are selfish, individualistic, and isolated?

Quoting Scripture, St. John Paul II often urged Christians “Be Not Afraid.” Pope Francis has reminded Christians that we cannot be controlled by fear and despair.  If we embrace the Gospel, we cannot be people of fear. We cannot be isolated. If, as Pope Francis writes, we embrace the Gospel, we encounter “God’s love, which blossoms into an enriching friendship, we are liberated from our narrowness and self-absorption”.

The Catholic Church is playing a heroic role in the fight against Ebola. Catholic healthcare workers are risking their lives in West Africa to help bring dignity and care to the disease. In Texas, the Archbishop of Dallas has taken a stand against anti-Ebola stigma in allowing the fiancée of the Dallas Ebola victim and her family to stay at the archdiocese’s conference center.

I hope and pray the Archdiocese of Louisville will make a strong statement making clear the facts about Ebola and African geography and inviting Ms. Sherman to come back to work.