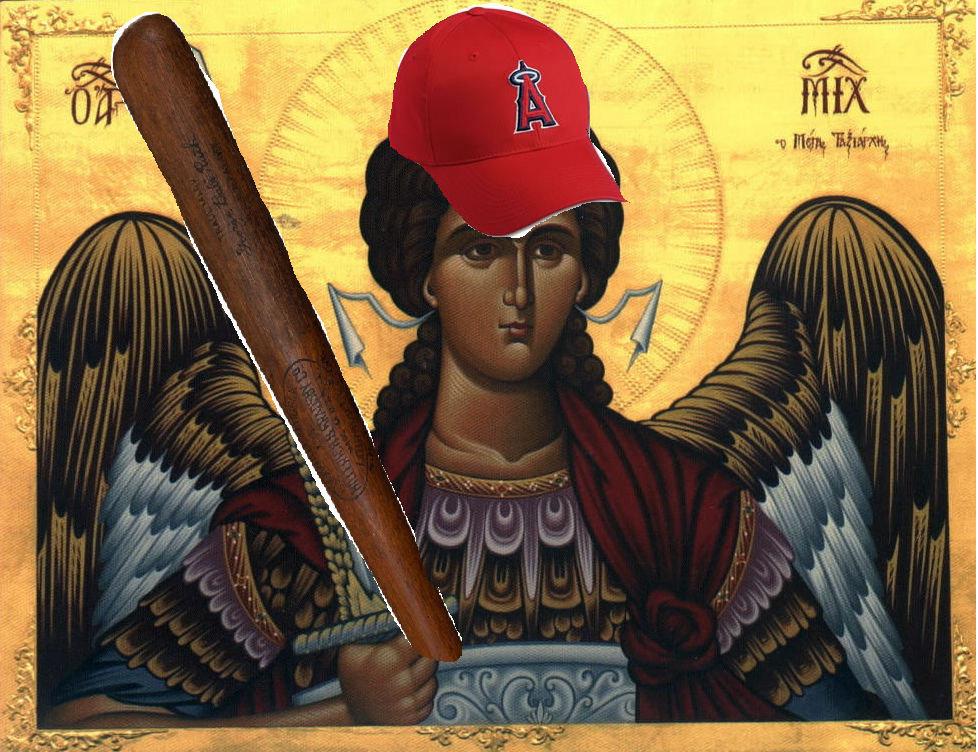 Major League Baseball concluded its regular season schedule on Sunday, and the best record in the American League belongs to the Los Angeles Angels of Anaheim. Despite its redundant and unwieldy moniker, this popular baseball team helps me make an important point: In the twenty-first century angels still matter to us. Not only do we name relatively successful professional sports teams after these ethereal beings, but a large majority of American still believes that angels are real, and not to be discounted is the prevalence of angelic characters, themes, and symbols in our contemporary culture. From silver screen favorites, to chart-topping radio hits, and Pulitzer Prize-winning plays, angels are part of our cultural imagination and central to understanding the mysterious mediated relationship between God and God’s creation.

Angels help us understand the diversity, complexity, and intricacy of God’s creation. First, angels are created beings much like us. Scripture tells us we are made only a “little less” than them (Ps 8:5). Rather than lamenting our inferior position in the hierarchy of being, we can look on our kinship with our angelic cousins through the grace of self-knowledge and humility. Knowing of angels through their hierophanies and ministrations and knowing non-human animals through empirical science and philosophical reflection, we gain insight into the loving plan of Providence unfolding in the universe. Second, angels have a spiritual life, and are likewise endowed with free will. In scripture and tradition we see in the angels the gravity of our fundamental option for God or against God—for them played out eternally in their singular obedience or disobedience, but for us lived out temporally in the day-to-day decisions we make for virtue or vice that realize our character. (For more on this point see James V. Schall’s short article on Angels here.) Third, angels realize their identity and freedom best and most fully in service to God, ministering even to the least of God’s creatures. Angels are essentially messengers, not the author of their message. Angels work for the weak, vulnerable, and fearful, using their formidable power not for their own glory and gratification but rather for God and others. Angels, however, dwell in the presence of God in communion and community with God and creation. Angels know their place, rejoicing in it and in their God who put them there. We ought to rejoice too.

And so today we celebrate the goodness of angels in the field, on missions from God in God’s service to human beings and all creation. These heroes of heaven come to earth with missives of love and hope share the first fruits of virtue and beatitude with us while we are still in the middle of our season on earth. Although several of my students maintain that southern California is heaven, and the L.A. Angels “the real deal,” I’d invite them and you all to indulge me and come on a tour of the true Angel’s Hall of Fame today.

With laudable careers spanning both the First and Second Covenants, I present to you in no special order, the Archangels of Day.

And the angel said to him in reply, “I am Gabriel, who stand before God. I was sent to speak to you and to announce to you this good news. But now you will be speechless and unable to talk until the day these things take place, because you did not believe my words, which will be fulfilled at their proper time.” (Lk 1:19f)

In the sixth month, the angel Gabriel was sent from God to a town of Galilee called Nazareth, to a virgin betrothed to a man named Joseph, of the house of David, and the virgin’s name was Mary. And coming to her, he said, “Hail, favored one! The Lord is with you.” (Lk 1:26ff)

A solid connection between his longtime manager and mentor, J. Christ, and the team on the field, St. Gabriel was a workhorse on both offense and defense, giving solid signs from behind the plate and batting in runs in the clutch. Not always respected by opponents—and even his teammates!—Gabriel’s fidelity to sportsmanship and his coaching eventually won over doubters, dumbfounding even the most resistant. In the end, Gabriel’s fair play and clear example earned him renown and great endorsement deals using his inspirational words even after his active career ended.

At that very time, the prayer of both of them was heard in the glorious presence of God. So Raphael was sent to heal them both: to remove the white scales from Tobit’s eyes, so that he might again see with his own eyes God’s light; and to give Sarah, the daughter of Raguel, as a wife to Tobiah, the son of Tobit, and to rid her of the wicked demon Asmodeus. (Tb 3:16f)

Did this guy have some tricks up his sleeves! St. Raphael, sent by God to fulfill the prayers of his biggest fans, was a subtle and masterful hurler of curveballs. A pro on and off the holy mound, this team player not only had a winning record at home, but was even more comfortable and effective on the road. He had the demon Asmodeus’s number, smoking him out with the little known, ol’ fish-heart and liver trick. In the dugout, he was a trainer’s dream, refreshing his teammates’ bodies and spirits with his famous homemade salves and delightfully bubbly spa treatments.

ar broke out in heaven; Michael and his angels battled against the dragon. The dragon and its angels fought back, but they did not prevail and there was no longer any place for them in heaven. The huge dragon, the ancient serpent, who is called the Devil and Satan, who deceived the whole world, was thrown down to earth, and its angels were thrown down with it. (Rv 12:7ff)

For all you “purists” and haters of the DH rule, I present to you someone who will make you a believer. St. Michael is a power player who suffers no fools—not even the Devil himself. Undefeated in play against the Prince of Darkness and his team of free agents, the captain of God’s host of all-stars rocked the world in overtime, throwing the smack-down on Satan. Following the victory, an announcement over the Metatron declared that in the victory, Michael was MVP to the glory of God. Much rejoicing followed and the league was forced to reorganize in the wake of such a dominant play by Michael and his teammates under manager J. Christ, who was also the team’s founder.

Souvenirs are available at the gift shop.