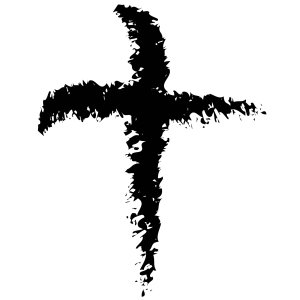 On Monday my Facebook feed revealed that a friendly acquaintance has an article coming out in a prestigious academic journal. While I wish my first thoughts had been, “Oh good, some new take on the world that I’ll be able to ponder and perhaps learn from,” they were more in the direction of, “He hasn’t even finished his doctorate yet and he’s getting published in this bigwig journal? Jealous… Maybe there’s something I could turn into an article and submit? That would look really good on my resume, plus I’m closer to finishing my degree than he is.”

The gospel reading for today, Ash Wednesday, reads to me as if directed at exactly the kind of thinking evinced in the second scenario above. Perhaps because these things have been on my mind, I interpret today’s reading as an extended meditation on competition, markets (i.e., places of various kinds of exchanges), and profit (in the widest sense of that word). At the beginning of Lent then, I am reminded of the true value that stems from the non-competitive space outside of markets, where there is no accrual of visible profit, only the hidden love of God freely gifted.

Read through this lens, Jesus seems to be describing two spaces. The first space is that of the market. This is the space of exchange where there is competition to accumulate more than is necessary, that is, profit. This market space is one of performance, it requires an audience and it is all about appearances. Here people are striving to be seen – they blow trumpets, they pray openly on street corners, they change their appearance in order to be noticed. This focus on appearances is intrinsic to profit, and indeed in this text Jesus makes quite clear that this is part of the payment received.

This kind of payment is one of surplus, something “more” beyond what is necessary. Not content with the value of right relationship with God and others that both stems from and is expressed by giving alms, praying, and fasting, there is instead an attempt to accumulate profit – a seeking after the “extra” values of flattery, adulation, enhanced reputation, higher social status, spiritual and religious superiority, and so on. Like philanthropy, this form of giving is really about accruing. For those in this market space, alms, prayer, and fasting are ultimately about themselves and how they can fill their portfolios, garnering for themselves something greater, something more, a surplus.

Thoroughly enjoying these surplus profits requires an audience, for it is only in and through recognition that one achieves a sense of superiority. Thus the market space is one concerned primarily with visibility, one wherein people exchange goods in competition with one another for the greatest share of the profit – a profit created on the basis of some having more (reputation, social status, money, etc.) and others having less. It is precisely this “more” that the haves are showing off. They are announcing to all that they are winning and in this they have received their reward.

The second space Jesus presents is that outside of the market. There is no competition or accumulation here. This space is “secret” or “hidden” because it is not concerned with appearances. There is no one for whom to perform here because there is no rivalry, no watching to see who “has” and who doesn’t. Outside of the market, alms, praying, and fasting are not exchanges, rather, they flow from the free gift of God’s love. The centrality of the “free gift” within this non-market space means that there is nothing for which to compete because nothing is given on the basis of one’s performance, productivity, or any of the other measures used in the space of the market. Where everything is free there is no surplus to accumulate and thus there are no “haves” and “have not’s.” There is no profit, no “extra” that some can claim on the basis of their reputation, social status, or superiority of any kind.

So I say to my competitive, jealous, and accumulative self, “Remember, but for the life-giving and loving gaze of God, you are but dust and to dust you shall return. In reality there is no profit, no extra, no surplus, because all is God’s, and but for God’s generosity, there is nothing.”

Perhaps this Lent our almsgiving, prayer, and fasting can lead us away from the space of the market and toward the true value of all things hidden in God, because it is there that “your [God] who sees what is hidden will repay you.”