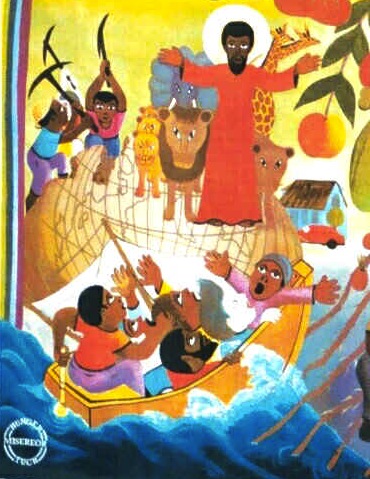 It’s like a dream or a movie. In less than a year, Pope Francis has transformed the dominant discourse around Catholicism from scandal and despair to joy and the evangelical demands in light of poverty and economic exclusion. “Each individual Christian and every community,” he wrote in Evangelii Gaudium last week, “is called to be an instrument of God for the liberation and promotion of the poor, and for enabling them to be fully a part of society.”

This is a powerful and radical understanding of where the church is called to be in light of the Gospel of Christ and the joy of the Holy Spirit. As if this was not enough of a contrast to the rampant consumerism of the pre-Christmas shopping season,  we hear rumors this week that the pope may be going out to Rome at night to do acts of charity—unbelievable.

From the onset of his papacy, Francis has made it known, that he wishes—as John XXIII did on the even of the council–the church to be a church of, for, and with the poor. He has personally witnessed to this vision from his humble living arrangements to his first pastoral visit outside of Rome to undocumented migrants in Lampedusa.

All of Pope Francis’s teaching and witness to a church of the poor, however amazing, will have little lasting impact unless it is accompanied by a renewal of ecclesial structures that embody the joyful mission laid out in Evangelii Gaudium. The Church is more than any one person. Quoting the Second Vatican Council, the exhortation affirms the need for “continual reformation” in creating mission-driven structures:

I dream of a “missionary option”, that is, a missionary impulse capable of transforming everything, so that the Church’s customs, ways of doing things, times and schedules, language and structures can be suitably channeled for the evangelization of today’s world rather than for her self-preservation. The renewal of structures demanded by pastoral conversion can only be understood in this light: as part of an effort to make them more mission-oriented…(EG, 27)

I suspect that this papal dream was part of his decision to create a Council of Cardinals (the 8 super cardinals) to evaluate the structures of the Roman curia. In Evangelii Gaudium, Francis addresses head-on the need to reform the Curia: 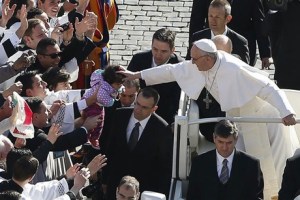 Since I am called to put into practice what I ask of others, I too must think about a conversion of the papacy. It is my duty, as the Bishop of Rome, to be open to suggestions which can help make the exercise of my ministry more faithful to the meaning which Jesus Christ wished to give it and to the present needs of evangelization…The papacy and the central structures of the universal Church also need to hear the call to pastoral conversion…Excessive centralization, rather than proving helpful, complicates the Church’s life and her missionary outreach..(EG, 32)

This week, as the Council of Cardinals begins its second meeting in Rome they will begin to examine each Vatican office—hopefully with an eye to how to make them more “mission-oriented.” In lead up to this meeting, I had the chance to work with an international group of Catholic intellectuals and social activists to formulate concrete proposals for curial reform. The full proposal, which was shared with several “super cardinals” as a White Paper of ICMICA-Pax Romana and an opinion article in the Catholic Information Service for Africa focuses on three areas:

1. The reinstitution of structures of lay participation and dialogue at all levels in the church, including the organization of a Fourth World Congress of the Lay Apostolate and creation of a Pontifical Congregation for the Laity,

2. The mobilization of resources to support international lay initiatives and in particular those initiatives and movements concerned with training youth, students and young professionals.

3. The relocation of certain curial offices from Rome to other continents, as a witness and a sign of the universality of the Catholic mission and communion.

Each of these proposals would go a long way in helping to transform the structures of the Church in light of the Gospel mission to be a Church of, for, and with the poor. This challenge is not easy—change never is—but it is possible if we work together under the guidance of the Holy Spirit:

Pastoral ministry in a missionary key seeks to abandon the complacent attitude that says: “We have always done it this way”. I invite everyone to be bold and creative in this task of rethinking the goals, structures, style and methods of evangelization in their respective communities. A proposal of goals without an adequate communal search for the means of achieving them will inevitably prove illusory. I encourage everyone to apply the guidelines found in this document generously and courageously, without inhibitions or fear. The important thing is to not walk alone, but to rely on each other as brothers and sisters, and especially under the leadership of the bishops, in a wise and realistic pastoral discernment. (EG, 33)