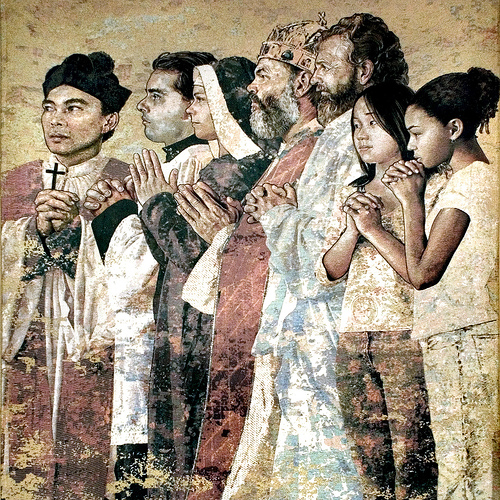 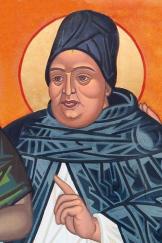 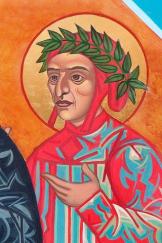 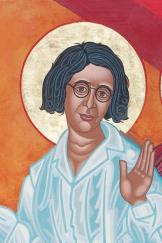 “The hardest thing in the world is to be where we are,” Rowan Williams observes. And yet where we are is often precisely where God asks us to be. God asks us to be attentive to all that surrounds us and honest about what we see and experience, even it what we find is challengingly terrifying or threateningly mundane. We are to be, in this way, at home. While we certainly might yearn for elsewheres and otherwises, such a yearning should not come at the expense of an intentional focus on, and concern for, where we are. But, we might add, this attentiveness and honesty can also very well make it hard for us to be at home in a place contingent upon so much out of our control and so much we will never fully understand. It is hard to be at home amidst so much unknown. “Our life,” Annie Dillard writes, “is a faint tracing on the surface of mystery.” And deeper than all the mysterious phenomena that mark our life’s fragility and finitude lies its end, death.

Where the depth of the mystery leads us to fear, we often choose, instead, to remain inattentive and operate under an irrational proposal: Let me be the exception to death. This fear plays itself out in countless ways. We hope to somehow be an exception to trial if we are good enough, successful enough, praised by the right people; (and for the lucky among us who don’t live with constant reminders of our fragility) if we pray in the right way, exercise, get our kids into the right schools, eat organically, gate our community, and have a little aside in savings. And so proceeding, we look around at the suffering and dying around the world, and sigh, “there but for the grace of God, go I.” Yet it is not only inattentive and dishonest, but is the very heart of heresy to believe that the grace of God would make us the exception to the rule that wounded even God. Or perhaps it is heresy because it is inattentive and dishonest. Such a desire to be the exception distances ourselves from those around us and impels us to ignore the truth of our relationship with them—and with those, too, who came before us.

Who indeed are those people who came before us? This morning in the course of my research, I crossed paths with Augustine, Thomas Merton, and Flannery O’Connor. I dug deep into the autobiography of Dorothy Day. Along with today being the Feast of All Saints, this week celebrates the feast days of apostles Jude and Simon, who were be named in liturgical prayers throughout the world. And for me, this week marks the birthdays of specific friends; and special remembrances of those dear to me who have already passed into the infinite depth of holy mystery. To live with the saints—certainly those proclaimed by the Church but also, and perhaps especially those whose lives shined within much smaller circles, those whom we knew and loved—is to live with a constant reminder of our mortality. To be Christian is to be able to embrace those who have gone before us (and also those who will come after us). It is to be able to accept our place with others—indeed, to call them friends.

And what of those around us now? Our friends, too, will enter into the infinite depths of mystery. To be attentive to that, and to where they might then be, is to see them, too, as called into sainthood.

I recently finished a memoir written by Duke University’s Stanley Hauerwas. Hannah’s Child: A Theologian’s Memoir is itself a testimony to friendship and the difference it makes in our lives and the difference in makes in our deaths. With apparent faith and hope, Hauerwas concludes his reflection with a poem that he has framed on his desk, Monk Gibbon’s “The Last Thing”:

Who’d be afraid of death?

I think only fools

are. For it is not

as though this thing

were given to one man only, but all

receive it. The journey that my

friend makes, I can

make also. If I know

nothing else, I know

through which so many kind and lovely souls have passed

will you hang back?

Harder in your case than another?

And too much silence?

Has there not been enough stir here?

Go bravely, for where so much greatness and gentleness have been

Kind and loving, great and gentle—our friends change things for us. Writing after the death of his dear friend, Charles Williams, C.S. Lewis notes, “No event has so corroborated my faith in the next world as Williams did simply by dying. When the idea of death and the idea of Williams thus met in my mind, it was the idea of death that was changed.”

Moving from fear, inattention, and dishonesty, we might come to recognize death as the shared end of life. And what might be only a reluctant acceptance of a common fate, can become if shared in the company of friendship, an embrace of communion. We can find that in our love for our friends, we are freed from our fearful desire to be the exception and instead embrace the end shared by us all, not because it is inevitable, but because it is the end that comes to our friends. “The journey that you make, I can make also. If I know nothing else, I know this, I go where you go.” Indeed, if nothing else, we can hope to be where they are, not so much comforted, but borne in depth of mystery by our communion with them. When the idea of death and the idea of being with our friends meet in our mind, perhaps, too the idea of death might be changed for us.

I hope to be where my friends are, to share in their fellowship. O Lord, let me be in their number. For if nothing else, I know that I shall be, as I am now, at home if I am with them.

Andrew Staron is an assistant professor of theology at Wheeling Jesuit University in Wheeling, West Virginia.