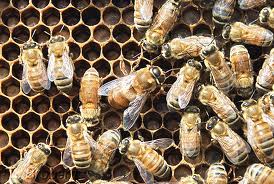 Such were the Blessings of that State;
Their Crimes conspired to make ’em Great;
And Virtue, who from Politicks
Had learn’d a Thousand cunning Tricks,
Was, by their happy Influence,
Made Friends with Vice: And ever since
The worst of all the Multitude
Did something for the common Good.

Bernard Mandeville published these lines within a much longer poem entitled The Fable of the Bees, or Private Vices, Publick Benefits in 1714. Apparently, this is where we get a lot of our ideas about economic activity. Bees, go figure. The take-away from Mandeville’s poem – very controversial at the time – is that selfishness is not actually a bad thing; in fact, my pursuit of my self-interest is essential to everyone’s thriving. Selfishness is actually a moral good, when it comes to the public economic realm.

This move in the history of economics turned conventional morality upside down. But today, it is not startling to read about the “benevolence of self-interest” because we’re used to sound economic advice contradicting our consciences (“we’re at war, go shopping!”). I’m more interested in a second historical move, namely the creation of amoral economics.

In his book chapter “De-Moralized Economic Discourse,” social economist Daniel Finn explains the deliberate effort to eliminate moral language from discussion of market systems, particularly tracing the thought of Milton Friedman, James Buchanan and Friedrich Hayek. These three Nobel Prize-winning economists wed their defense of free market capitalism to economics defined as a pure, thus ‘value-free,’ science. For instance, Hayek wrote that “the demonstration of the difference between socialists and non-socialists ultimately rests on purely intellectual issues capable of a scientific resolution and not in different judgments of values.”

In contrast, Finn argues that economics – at least in relation to actual, real-life markets – doesn’t make any sense without political, social, cultural and moral context. He explains, “only when a moral judgment is joined to an empirical assessment can the competing claims about alternative economic systems be adjudicated – or even understood.” Clearly Finn does not understand that our dominant economic theories reveal what is inevitable. Questioning the economic order is like discussing the morality of gravity.

Fortunately for Pope Francis, there are non-mainstream economists. (Check out The End of Value-Free Economics and these other books.) Unfortunately, I’m not sure who’s reading them. Amartya Sen laments, “There was a time – not very long ago – when every young economist ‘knew’ in what respect the market systems had serious limitations: all the textbooks repeated the same list of ‘defects.'” Nowadays, according to a study published in The Journal of Business Ethics, the only people questioning neoclassical market orthodoxy are across campus in the humanities or other social science departments. Business schools and economics programs are serenely confident.

Of course there must be exceptions. My current Catholic university has three separate centers for business ethics (though I don’t know what goes on inside them). Nevertheless, I suggest Pope Francis might get his people to gather the chairs of economics departments in a cross-section of Catholic colleges and universities. I’m sure the conversation would be interesting, and the Pope could give some input on the ground floor, so to speak. Otherwise, I’m afraid encyclicals echoing the established wisdom of Catholic Social Teaching will just throw principles on top of an already iron clad belief in the-way-things-are that excludes moral discernment of any kind.

Heather M. DuBois is Assistant Professor of Religious Studies at Stonehill College. She has a PhD in Theology and Peace Studies from the University of Notre Dame. She is writing a book, called Moving through Impasse, about intrapersonal transformation in situations characterized by constraint and incomprehension.