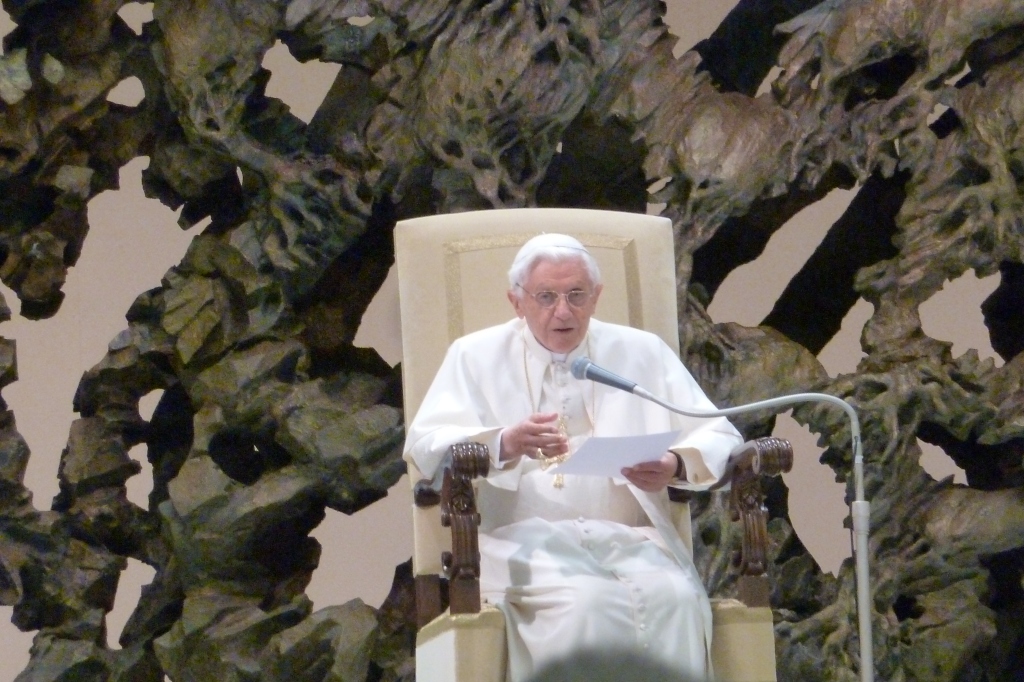 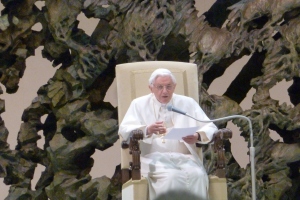 In January, I spent eleven days in Italy with Loras College undergraduates.  While in Rome we attended a papal general audience, and I was struck not only by the diversity of people who had gathered from around the world, but also by the number of Italians in enthusiastic attendance.  I commented on this to our tour manager, who replied that January was the best time for Italians to see the pope—fewer tourists getting in the way!

For Catholics living outside of Rome it may be difficult to remember that the pope is the pope because he is first the Bishop of Rome.  The office of bishop means a variety of things, but inherent to its ministry is location, location, location.  The bishop ministers within a Christian community—with a population as large as New York’s or a geography as widespread as Dubuque’s or a history as ancient as Rome’s—and serves the universal church by coming to love and know the particular church.

The night before the papal audience our class visited the Sant’Egidio community in Trastevere.  Formed after Vatican II, the lay community’s ongoing, prayerful reflection on scripture leads them to address the poverty of Rome by taking charitable and systemic action.  In a 1996 interview, Andrea Riccardi, a founder of the community, commented on Sant’Egidio’s relationship with John Paul II not as pope, but rather as the Bishop of Rome:

“ . . . . we decided to speak to the Pope about the problem of Rome:  the city, life in the city, how people live in Rome, what it means to be a Christian, the problems of young people, the poor suburbs.  John Paul gave a very good speech and confided in us:  ‘Through you, I know my Church, my Roman Church’” (Sant’Egidio, Rome and the World 66).

It is through concrete actions that we can appreciate whether a bishop’s ministry is marked by a fruitful union with the faithful of the local church, or whether there has been a failure in that union.  In either case, a bishop’s relationship to his local church has the potential to reverberate throughout the universal church.  For instance, through his local church Oscar Romero of El Salvador came to embrace the poor and disempowered even as he called those members of his local church who profited from others’ oppression to conversion and reconciliation.  The depth of Archbishop Romero’s personal conversion to union with his local church is captured in his statement two weeks prior to his assassination:

“I have frequently been threatened with death.  I must say that, as a Christian, I do not believe in death but in the resurrection.  If they kill me, I shall rise again in the Salvadoran people.”

Conversely, episcopal ministry ought to create a relationship of pastoral care and advocacy for all living under the bishop’s care, and the betrayal of that ministerial relationship by some bishops made the sexual abuse of minors in local churches throughout the United States all the more horrific.  The original abuse was compounded by a rupture in these bishops’ relationship with the people of their local churches, a breach manifested in their failure to protect the vulnerable.

Of course, if Benedict XVI were “only” the Bishop of Rome the news media would have led with quite different top stories over this past week.  On the other hand, the pope’s ministerial context in the church at Rome opens up questions about how we think about the local church in relation to pastoral leadership and Catholic identity.

Second, often bishops come to a diocese from another geographical—and perhaps even cultural—location.  Indeed, much of the conversation about the next pope centers on whether he will be an Italian or from another area of the world, such as Africa or South America.  Particularly when a bishop is “transplanted” into a new context, time and opportunity are necessary for growth in love and knowledge between the local church and the bishop.  As Brian Flanagan discusses so well, episcopal ministry is an office rather than a personal possession.   Brian’s timely reminder of this distinction between the official and the personal does not preclude the idea that episcopal ministry ought to form the bishop as a person in relationship with members of the local church.  In other words, the bishop’s loving ministerial relationship with his community may itself yield new spiritual insights that fuel the continual, personal conversion to which all Christians are called via our communities of faith. On the anniversary of his episcopal ordination, St. Augustine told his congregation:

Finally, I suspect that for many the public face of the Catholic church is that of the “rock stars” of the Catholic world whose virtual presence is aided by social communications.  Positively, as Steve Okey points out, new forms of communication can serve as a means of developing communion with others.  Our tendency in the United States to be communication consumers can lead to some troubling ecclesiological trends, however, when modern media provides us with the ability to transcend the local option in favor of brand name Catholics who define the church’s product.

These Catholics can inspire us to greater communion with God and each other, and the church’s catholicity is expressed in part when the Christian witness produced by one context is received throughout the church; yet our identification with Catholic celebrities can lead us to eschew the hard work of loving our neighbor in the next pew or in the chancery down the road.  Can social media be employed to develop relationships of mutuality within the local church rather than as a means of escaping my local context?  How can I pay attention to the universal church (as I surely should) without giving in to the temptation to ignore the call to communion with those Catholics who are closest to me—and with whom I am most vulnerable personally and spiritually?   What relationships must I form and invest myself in if I am to embrace my local church as the primary context for my faith and as my entry point for communion with the universal church?