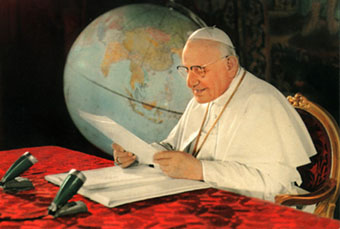 Is war with Iran inevitable? According to a number of news stories and political candidates there is an increasing sense that war with Iran, or at least some form of belligerent attack is coming. Some American and Israeli politicians even appear eager for such a conflict to occur.  Last week the New York Times ran a (frightening) story describing what an Israeli strike on Iran could look like.

Some news analysts are even predicting there is a “15% probability of major military action in the coming 90 days.”

Sadly, this new emerging conflict has already shed blood. Iranian civilian scientists have been targeted for assassination. Despite the fact that such actions are in clear violation of international and possibly domestic law, there has been no national outrage. In retaliation to these attacks, Iran has seemingly responded in its own illegal and covert attacks on Israeli targets, but their actions should not excuse the criminal actions against them. This is not some new sequel to the Bourne franchise where we send in heroes to kill the creepy looking enemy with a mustache and accent; this is real life, with real human lives on the line.

Shockingly, instead of working for peaceful resolutions, our national discourse is increasingly in favor (or ambivalent) of such covert military strikes. With the exception of Ron Paul, the Republican presidential candidates seem to be stepping over themselves trying to prove which one has a more aggressive and hawkish stance against Iran. Gingrich, Santorum and Romney have all endorsed or called for the targeted killing of civilian scientists–even calling it a “wonderful thing.” Rudy Giuliani, the former mayor of New York has also publicly been trying to amp up the drums of war by calling President Obama weak for a lack of willingness to bomb Iran. At the same time, the present administration has not backed down from its own policy of targeted killings and has proved to be more hawkish than Bush on the use of drone strikes–a practice that is questionable according to international law and the Catholic just war tradition.

Where is the Outcry?
After over 100,000 deaths in Iraq (think about it 100,000 people) and the continued mess in Afghanistan, calling for an attack on Iran when all other avenues have not been exhausted is both stupid and irresponsible. Sadly, there is hardly any public outcry to the possibility of this war.  One might think that after Iraq invasion that we might have learned our lesson.

A (missing?) Catholic Response
In the midst of this potential conflict, the American Catholic Church has a grave responsibility to try to help find a peaceful solution to this conflict. Now, let me be clear I do not support Iran or their oppressive government. I do believe that a war with Iran would be disastrous for civilians in Iran, US Service men and women, Israel, and the Christian populations in the Middle East who have already suffered greatly because of the Iraq war.

The US Catholic Bishops are in a position to offer a voice of reason on this critical matter and should invite all the leading presidential candidates to tone down the rhetoric on the war. They might take advantage of the present context to remind Catholics of their teaching in their 1983 letter “The Challenge of Peace: God’s Promise and Our Response” and their 1993 reflection “The Harvest of Justice is Sown in Peace.” We must not be so distracted with the present culture wars that we ignore the threats of real wars.

War is not an inevitably
Peace is a real possibility and not merely a utopic dream, as the US Bishops teach us in  their 1983 letter. In his new book on World War I, The Lost History of 1914, Jack Beatty, shows how the “Great War” could have been prevented if political leaders (on all sides) toned down their rhetoric.As he reflects on a recent interview with NPR, the same is true with Iran. War is not inevitable.

In this context, the Catholic social tradition has much to offer the present debate. A look at modern Catholic social teaching reveals four insights that can guide us away from the madness of war:

1. The Church assumes a presumption against war. While the Church does not rule out war totally, it has a well-developed tradition to help determine the legitimacy and illegitimacy of conflict. This is rooted in the Catholic pro-life stance that seeks to uphold the dignity of all people created in God’s image. The presumption against war leaves no room for the uncritical promotion of war. There is no room for the “bomb them” “kill their scientist” war mongering that we have seen in recent debates. The tradition also, as most are aware,  stands against preemptive strikes such as the strikes against Iraq a decade ago and quite possibly against the use of drones outside of defined areas of conflict.

2. The Church sees nuclear disarmament as a moral issue. This means that we should work to prevent Iran from developing a weapon. But it also means, as Blessed John XXIII, Paul VI, Blessed John Paul II and  Pope Benedict, have reminded us that all nations with nuclear weapons should work to disarm themselves (including the United States and Israel).

3. The Church calls for nations to resolve their disputes within intergovernmental structures, such as the United Nations. Catholic social teaching strongly condemns preemptive unilateral military action. Pope Benedict has reiterated the Church’s commitment to the United Nations system in Caritas in Veritate and other recent addresses.

4. All Christians are called to be peacemakers and work for peace. Catholic social teaching has long stressed the obligation of Christians to be Peacebuilders As we can also read in Scripture (see Mt 5: 5-43; Romans 12:12-14; and 1 Peter 2: 22-23).

This is not an easy topic, but I hope we can at least get more conversation going and resist the temptation of despair in thinking that conflict with Iran is inevitable.

“That earthly peace which arises from love of neighbor symbolizes and results from the peace of Christ which radiates from God the Father…For this reason, all Christians are urgently summoned to do in love what the truth requires, and to join with all true peacemakers in pleading for peace and bringing it about.”
Gaudium et Spes, 78

“All people are members of one and the same family. An extreme exaltation of differences clashes with this fundamental truth. We need to regain an awareness that we share a common destiny which is ultimately transcendent, so as to maximize our historical and cultural differences, not in opposition to, but in cooperation with, people belonging to other cultures.”
Pope Benedict XVI World Day of Peace, 2006, 6.

Needless to say, the positions here do not necessarily reflect the positions of other members of the wonderful Daily Theology group.